Flagship smartphones have blown past the $1,000 mark over the past couple of years and continue to get more expensive. However, not everyone needs or wants a maxed-out flagship and consumers are clamoring for more affordable alternatives. Surprisingly, it’s two companies that are well-known for over-priced flagships that are delivering: Google with the Pixel 4a and Apple with the iPhone SE.

Apple took everyone by surprise with the 2020 edition of the iPhone SE, and while the idea of an affordable Pixel isn’t new, the Pixel 4a has still been one of the most highly anticipated smartphones of the year.

Well, the wait is finally over! After months of rumors, leaks, and unfortunate delays, Google took the wraps off of the Pixel 4a and it jumps right into the ring against the iPhone SE. How do the two compare? Let’s find out in this quick look at the Google Pixel 4a vs iPhone SE (2020)!

Google Pixel 4a vs iPhone SE 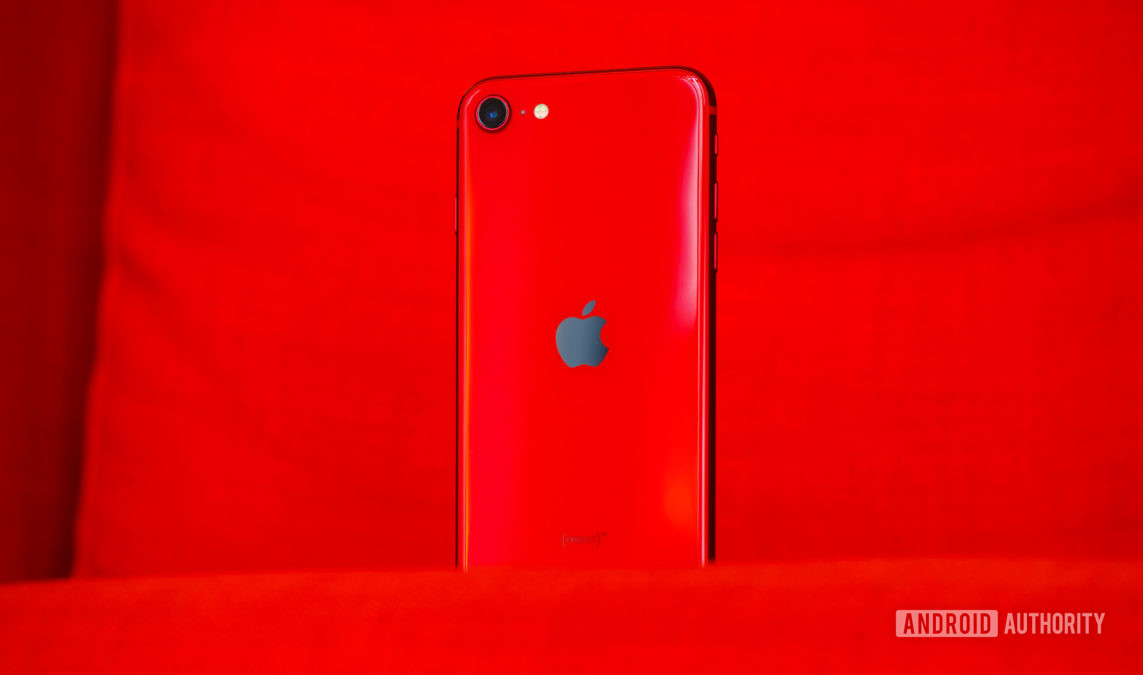 Vintage chic is the best way to describe the design of the iPhone SE. Granted, it’s largely identical to an iPhone from just three years ago. But the way things have changed since then makes the iPhone SE seem distinctly old-school. That’s far from a bad thing though. The tiny and easily-pocketable footprint has its charm and the physical fingerprint scanners are typically more accurate than in-display variants.

Google takes a similar route with the Pixel 4a, but certainly not as extreme. The latest affordable Pixel is leaps and bounds more “modern” than its predecessor and even its flagship namesake. A near bezel-less front and punch-hole front-facing camera are hallmarks of new generation Androids. That said, a single rear camera unit and a physical fingerprint scanner are practically unheard of in the Android world now, and a headphone jack is an undeniably welcome addition.

Design is entirely subjective so it’s up to you as to which one you prefer. While I appreciate what Apple is doing with the iPhone SE, I’d give the Pixel 4a the leg up here. The Pixel 4a comes with a display that is more than an inch larger, but its overall size isn’t that much bigger. On the flip side, some may like the metal and glass build of the iPhone SE, compared to the polycarbonate body of the Pixel.

Both the iPhone SE and the Pixel 4a come with “tiny” displays compared to other mid-rangers. The 4.7-inch HD screen of the iPhone stands out in particular, but a less-than 6-inch Full HD display on an Android mid-ranger is a surprise in 2020 as well. You don’t get any faster refresh rate tricks here, unfortunately.

It’s ultimately the battle of different screen technologies here. Resolution isn’t an issue on either, but the OLED screen of the Pixel 4a is one of the best we’ve seen on an affordable device in a while. 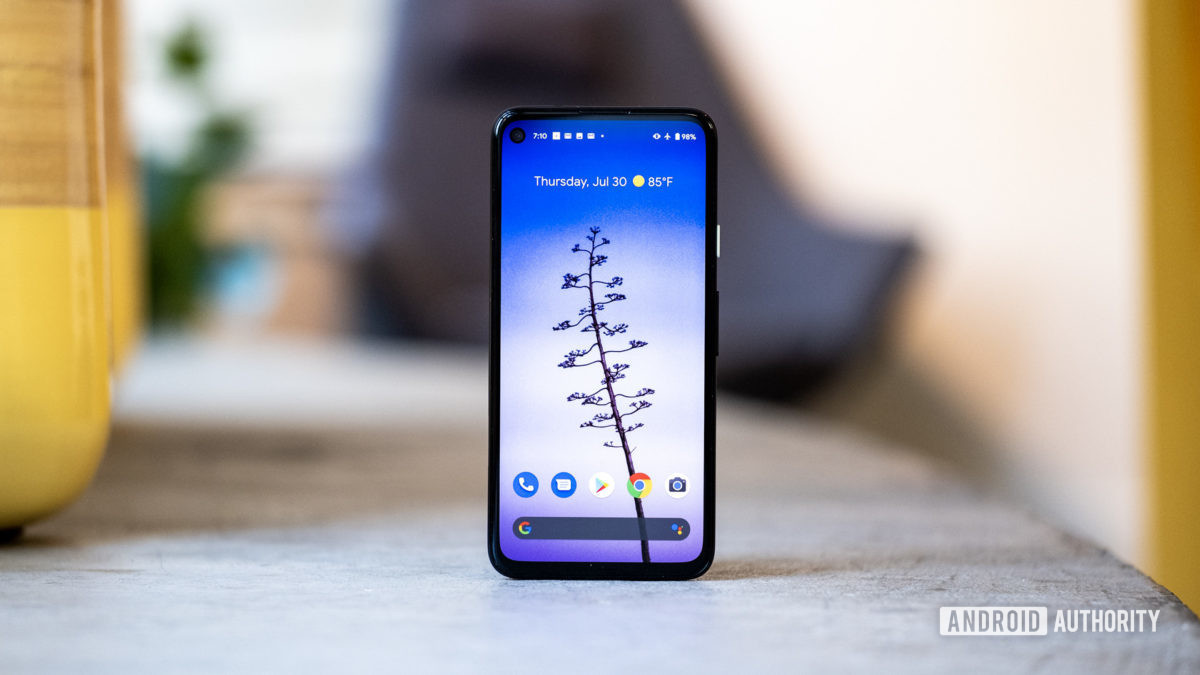 As old-school as the iPhone SE is on the surface, it’s anything but under the hood. Keeping this affordable mid-ranger running is the same powerhouse processor found with Apple’s flagships and goes head-to-head with the Snapdragon 865. Apple’s excellent RAM management ensures then even the 3GB of RAM you get is more than enough to keep things chugging along smoothly, and you certainly won’t get any performance complaints here.

Dive deeper: Is a $400 iPhone SE really faster than the most powerful Android phone?

On the other hand, Google keeps the price of the Pixel 4a low by opting for the decidedly mid-range Snapdragon 730G. The 6GB of RAM on-board and an excellent software experience backs the processor up really well though, and we found no hiccups or noticeable issues with everyday performance.

Given the difference in battery capacity, it’s no surprise that the Pixel 4a offers better battery life than the iPhone SE 2020. More power-efficient processing packages and relatively small displays help, but around 4.5 hours and 6.5 hours of screen-on time have been our experience with the iPhone and the Pixel respectively. That will be enough to get you through a full day, but might cut too close for comfort for some users.

The one advantage the iPhone has in the battery department is wireless charging. The flagship Pixel feature hasn’t made to affordable series this year either, which is quite disappointing.

READ  Hail in Switzerland - record heat with deaths in Canada

The age-old war of iOS vs Android comes to the fore once again as we turn to software. Google’s take on Android may not be to everyone’s liking, but it’s undeniably one of the cleanest and most minimalistic options around. The Pixel 4a will also get access to all the new features that are exclusive to the Pixel line, like the new Google Assistant, Call Screening, Now Playing, Google Recorder, and updated Google Camera.

The iPhone SE runs iOS 13 for now, so all the arguments you’ve had for or against iOS holds true. All your apps are on home pages and there’s no app drawer, notification grouping isn’t available, and widgets aren’t a thing. Of course, all that will change this fall when iOS 14 drops. With the app library, home-screen widgets, picture-in-picture, and more, things are getting a little more alike.

iOS vs Android is always going to be a point of contention though, and your preference essentially determines the ecosystem you’re a part of. When comparing the iPhone to another Android device, a huge positive for the former is always the fact that it’ll get the latest version of iOS really quickly. However, that will also very likely be the case with the Pixel 4a as Google prioritizes its own phones for Android upgrades.

What remains in favor of the iPhone SE is long-term support. Given the fact that iPhone 6S will get iOS 14, the iPhone SE is safe for the foreseeable future as far as software updates are concerned. Google guarantees updates for its Pixel phones for at least two years and probably three. 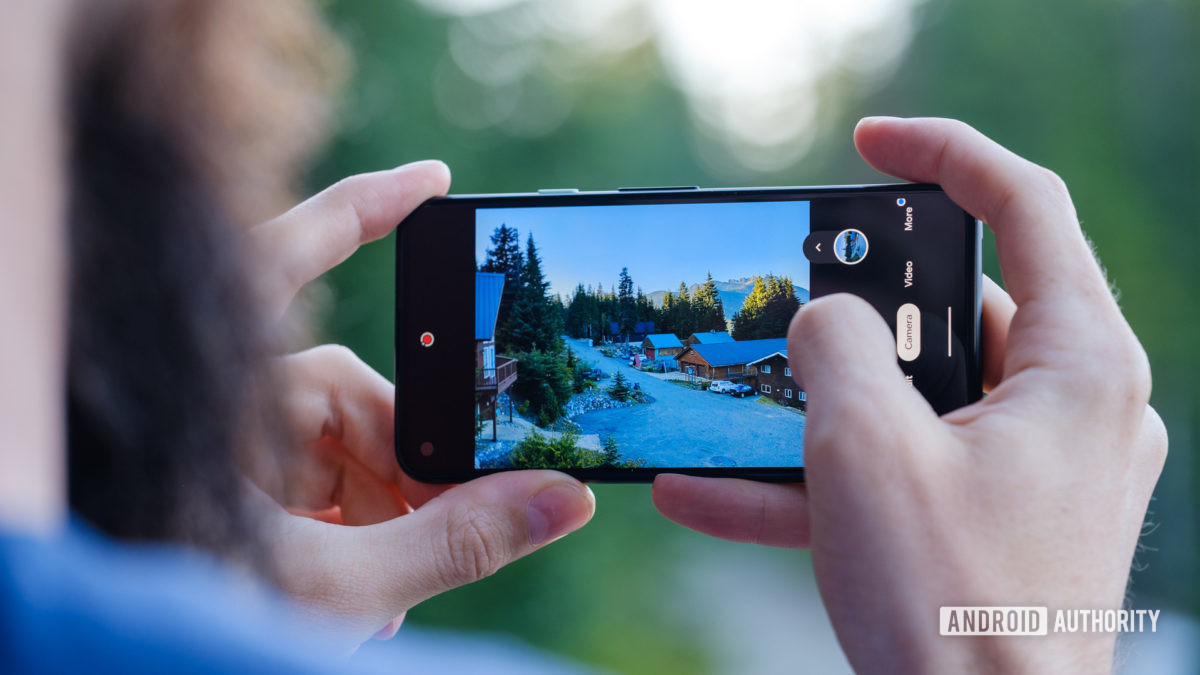 The camera is arguably the most important feature of any current-generation smartphone. The Pixel 4a has the same 12.2MP main rear sensor as the Pixel 4 and the Pixel 3’s before it. A single rear camera unit is so out of place in the current Android landscape, but if the Pixel 4a proves one thing: more is not always better.

The camera hardware might not have changed much, but its software has progressively made image output better and better. The Pixel 4a adopts features from the Pixel 4 series, such as Astrophotography Mode and the dual exposure sliders, and takes some great looking photos.

Because the Pixel 4a shares the sensor with the Pixel 3a and Pixel 4, most images look fairly similar. Sharpness and contrast are generally the same, but the processing has changed a bit. The Pixel 4a produces images with better white balance, employing warmer tones and more balanced shadows. 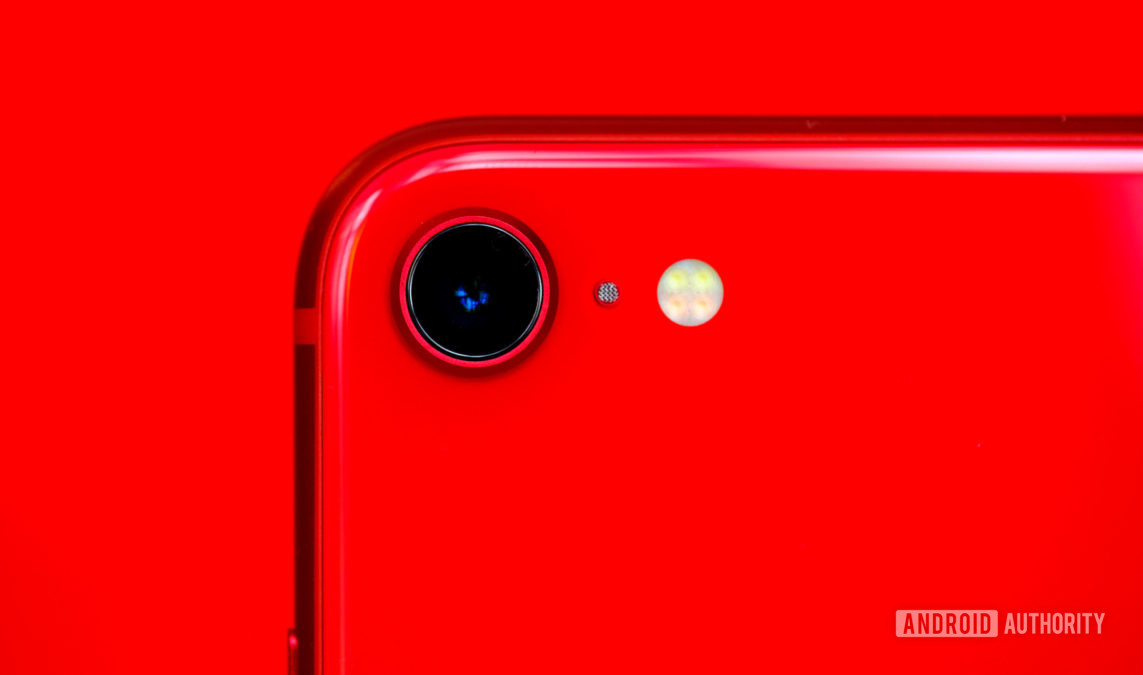 The iPhone SE also comes with a similar setup. A single 12MP camera on the back and a 7MP selfie shooter. The SE produced images similar to the Google Pixel 3a, with blue tones in the shadows. The iPhone SE certainly delivered more dynamic range than the Pixel 4a. But that’s not always a good thing. The iPhone seems to have raised the shadows quite a bit without much regard for contrast and contour, which leads to the image looking a bit washed out in comparison.

The big selling point of the Pixel 3a was the fact that it featured a flagship camera. The Pixel 4a follows along, but an identical setup as its predecessor may not be to everyone’s liking. All said and done though, both the Pixel 4a and iPhone SE take really good photos.

We’ve already pit the iPhone against another extremely popular mid-ranger, the OnePlus Nord, with results falling overwhelmingly in favor of the SE. We will be doing the same with the Pixel 4a very soon to see how Google’s latest fares against Apple’s budget phone.

How do the prices compare?

The iPhone SE is available in key markets around the world. Let’s take a quick look at its price:

On the other hand, only one version of the Pixel 4a, with 6GB of RAM and 128GB of storage. The Pixel 4a will be available with a price tag of $349 in the US with shipping starting from August 20.

UK buyers will be able to buy the Pixel 4a for £349. It’ll be available for pre-order September 10 and on sale starting October 1. Meanwhile, in Europe, the Pixel 4a will retail for between €349-€389.

Google has yet to announce an India release date or pricing for the Pixel 4a.

Google Pixel 4a vs iPhone SE: Which should you buy? 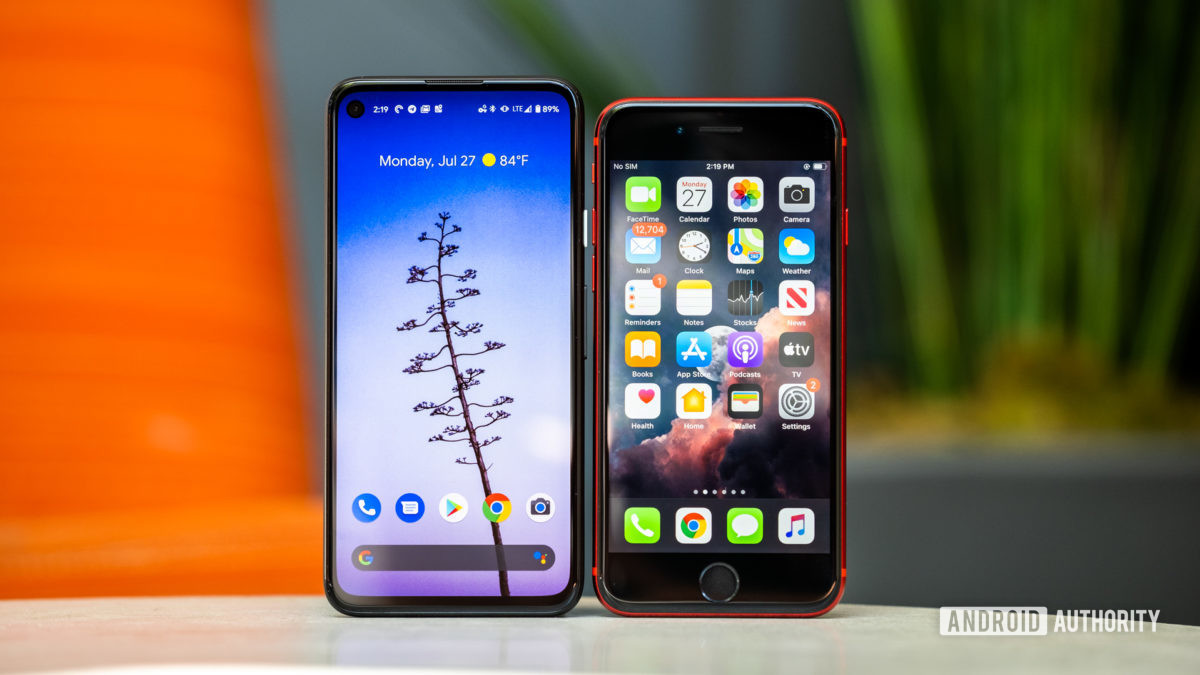 Choosing between the Pixel 4a and the iPhone SE is very tricky. We’re witnessing a resurgence in compact and affordable phones, and both the iPhone SE and Pixel 4a are excellent options if that’s what you’re looking for.

Google and Apple have made two of the best compact and affordable phones to date.

Both fall in the same price range, but the Pixel does have a decent price advantage. The iPhone SE offers metal and glass build quality, wireless charging, water-resistance, and a flagship processor. It’s very difficult to deny the value that the phone brings. But it’s missing the super-bright OLED display, headphone jack, and arguably better camera offered by the Pixel 4a.

Ultimately, both phones are wonderful additions to a severely lacking mid-range segment in the US, especially if you want a fantastic camera phone on the cheap.

The final choice between the Google Pixel 4a vs iPhone SE is down to you! Let us know which phone you’ll be buying in the poll below.