Manitoba health officials announced 400 new COVID-19 cases and 11 deaths today as the number of patients in hospital continues to climb and strain the health-care system.

There are a record-high 249 people in hospital, with 40 of them in intensive care.

“I think misinformation is a real negative thing right now,” he said. “There’s big work out there trying to convince people that this just isn’t important.… It’s very clear that our hospitals are reaching capacity.”

The entire province was moved to code red under the provincial pandemic response system just under a week ago, yet records continue to be broken daily, hospital beds continue to fill up and community spread is soaring.

Contact tracing investigations have identified 500 cases in recent days that have no known source of exposure, Roussin said.

A new $298 fine may now be issued to people not wearing masks at indoor public places, which is required under a current public health order. Breaking other orders, such as the maximum gathering size limit of five, can land you a $1,296 fine, or $5,000 for businesses.

The premier and Roussin have rolled out a series of efforts recently in order to ramp up enforcement in hopes of stemming the spread of the coronavirus.

So far, 190 people have died in Manitoba, the vast majority of them since the beginning of October. Most have been over the age of 60.

Among the deaths announced Wednesday were a man in his 60s, two men in their 80s and two women in their 90s from the Winnipeg Health Region, including three linked to the Golden Links Lodge outbreak.

Roussin urged Manitobans not to leave their homes except for essential items, and he emphasized that people should not be going to stores for Black Friday sales.

He and the premier have criticized larger retailers and big box stores for attracting crowds over the weekend and advertising Black Friday sales this week. Some big box stores that sell a mix of essential and non-essential items were deemed critical and able to stay open, with no requirement that they limit non-essential goods.

“We’re going to look at ways that we can shore up those orders to try to ensure that that spirit is being followed,” he said, with officials considering tweaks to the order that could permit only the sale of essential items.

Some staff who normally work in surgery and other departments are being redeployed to medicine units to help with COVID-19 cases in hospitals, she said.

“It’s disruptive for our staff. It’s also really disruptive to our other patients,” she said. 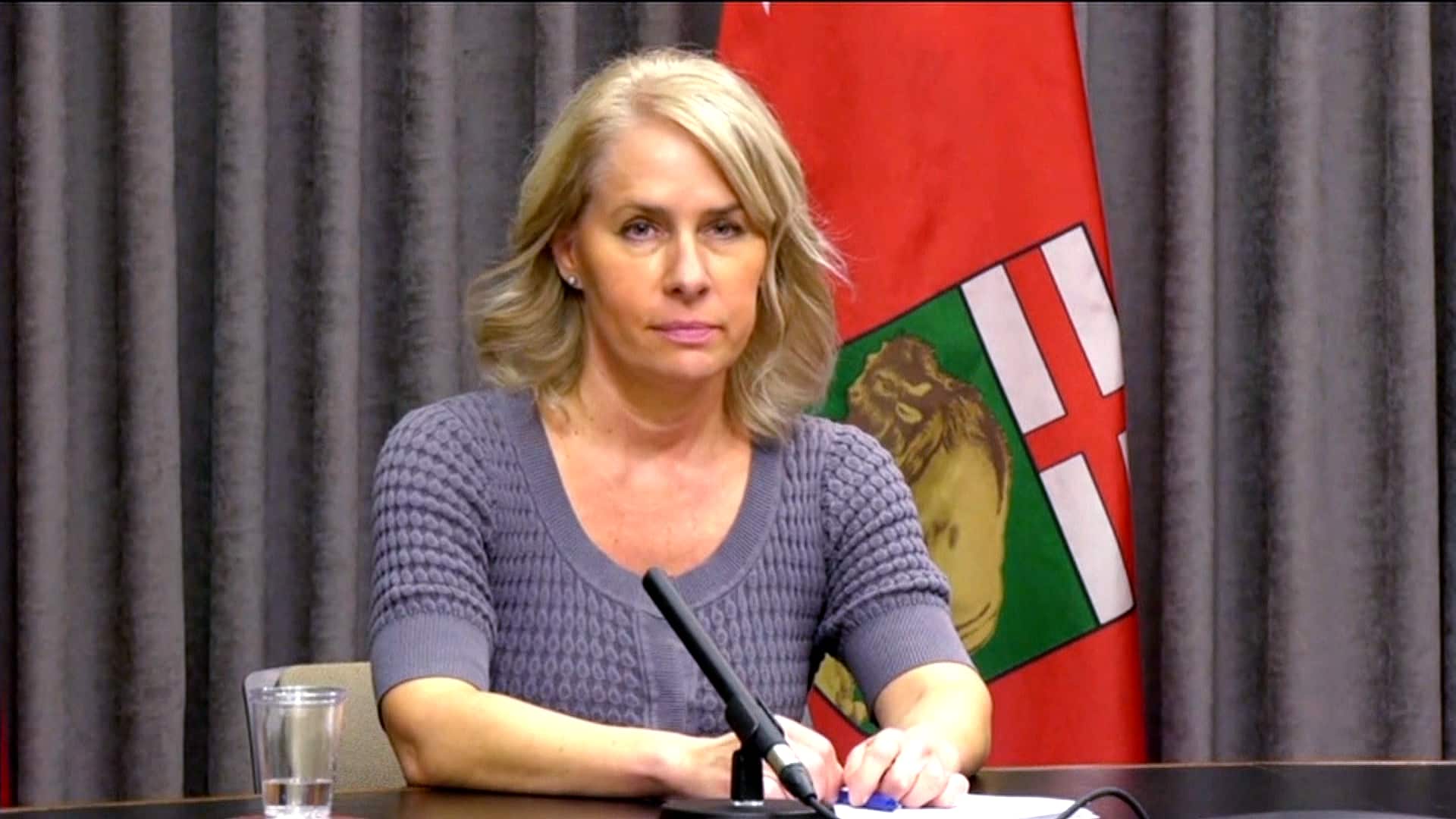 Lanette Siragusa, chief nursing officer for Shared Health, says hospital staff from some areas have been moved to work in other units as capacity is strained amid a rise in COVID-19 hospitalizations in Manitoba, which has caused disruptions for staff and patients. 2:07

Siragusa said 771 elective and non-urgent surgeries have been cancelled since Oct. 26.

“We just want to acknowledge how hard that is for people,” she said. “We apologize.… It’s something we have to do in the midst of this.”

Anyone needing urgent services through home care will continue to receive them, though Siragusa said others may see disruptions as the province diverts resources to the highest-priority areas in hospitals.

More than 300 health-care workers have tested positive for COVID-19 since the end of September, including 83 in the first week of November. Many have also been taken out of rotation for days or longer while waiting for test results after potential exposures.

An outbreak has also been declared at a third unit, GA3, at Health Sciences Centre.

So far, 29 patients and 23 staff at the hospital have tested positive in three unit outbreaks, and two patients have died, Siragusa said.

Conditions at Bethesda Regional Health Centre in Steinbach, a community with some of the highest infection rates per capita in the country, have begun to improve, Siragusa said. Last week, staff described the situation in the emergency room as overwhelming as hospitalizations spiked.

Siragusa also released details on isolation spaces for homeless or at-risk people who test positive or are waiting for test results. The first site, which has 39 spots, is full; the second space, with 22 spots, is near capacity; and a third, 140-spot site will open soon, she said.

Roussin and Siragusa have repeatedly said in recent weeks that health-care workers are struggling to keep up with the influx of patients and can’t sustain the rising rates of hospitalization much longer.

The number of people in hospital with the illness has more than doubled since Nov. 1 — from 120 to 249 — with nearly three dozen current patients under the age of 50.

The youngest person to die of COVID-19 yet in Manitoba, a woman in her 30s from the Interlake-Eastern health region, was reported Tuesday.

Nearly 90 per cent of COVID-19 deaths in the province have occurred since the beginning of last month.

Written By
Alec Woods
More from Alec Woods
The Town of Aylmer, Ont., has declared a state of emergency less...
Read More