A massive plume of smoke and the brilliant glow of orange flames lit up the night sky and could be seen from around metro Vancouver.

🚨Happening Now🚨
Fire in the Queensborough neighbourhood of New West.
Please avoid the area of Boyne St. to let emergency crews do their work.#NewWestFire

Fire crews were called in around 7:20 p.m. Monday night after receiving reports of fire burning in a plastics recycling facility at Derwent Way and Salter Street.

So far, there is no word on a cause, or any reports of injuries.

The public is asked to avoid the area, and residents are advised to close their windows and remain indoors.

It’s the second massive blaze in New Westminster in a month. On September 13, a huge fire that engulfed the timber wharf section of Westminster Pier Park burned for days before being extinguished.

The flames from Monday night’s blaze at a New Westminster plastics recycling facility forms the backdrop behind this quiet Queensborough neighbourhood. 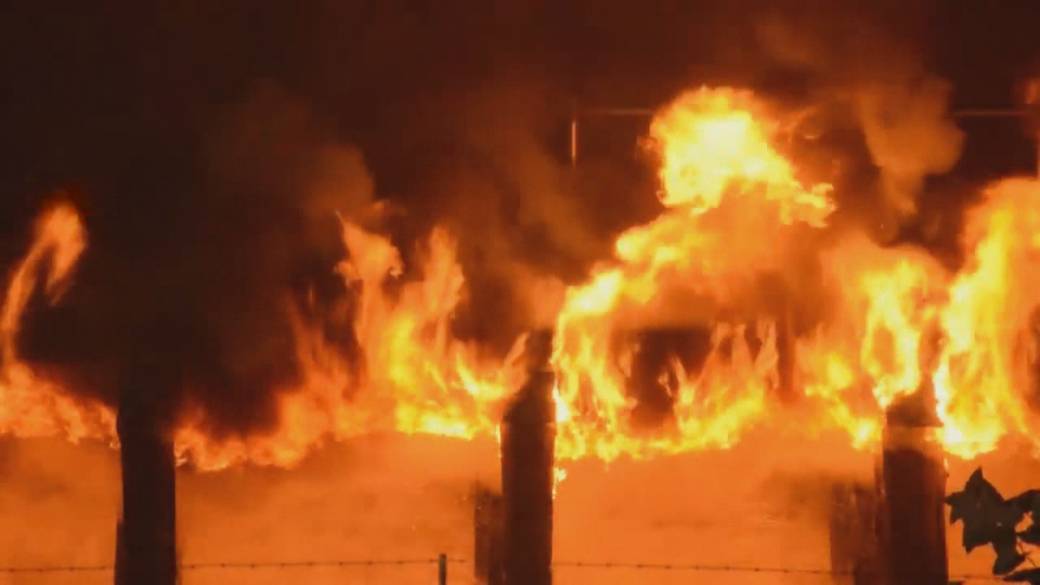 Written By
Alec Woods
More from Alec Woods
For months, more than 150 teams around the world have been working...
Read More