Crews are still working to recover the body of a worker who died after a partial building collapse in southwest London, Ont., Saturday amid worries of an unstable structure.

The City of London said crews are “proceeding with caution” due to safety concerns over the stability of the structure.

“The City of London, London fire and London police are working together to try and get the individual trapped inside out of the building,” Const. Sandasha Bough said at the site on Saturday.

“The structure of the building is not safe and we have a number of people look at what those next steps will be.”

The Heavy Urban Search and Rescue (HUSAR) team had helped determine the structure was not stable enough to initiate recovery without the use of heavy equipment. As a result, the city said the recovery experts had left the site.

LPS Constable Sandasha Bough says crews are still working to extract the body of the deceased at the building collapse at 555 Teeple Terrace. An exact time on when that will happen is unknown because the structure is considered unstable. @AM980News #ldnont pic.twitter.com/Bv7yyJ0d31

Bough said they want to be able to recover the deceased’s remains for the individual’s family but “not at the expense of everyone else’s safety.”

Officials confirmed Friday evening that the person trapped was dead and that crews had not been able to remove the body.

A total of two people have died and four others remain in hospital following a partial building collapse.

Police confirm that a sixth person was assessed at the scene with minor injuries and not transported to a hospital. 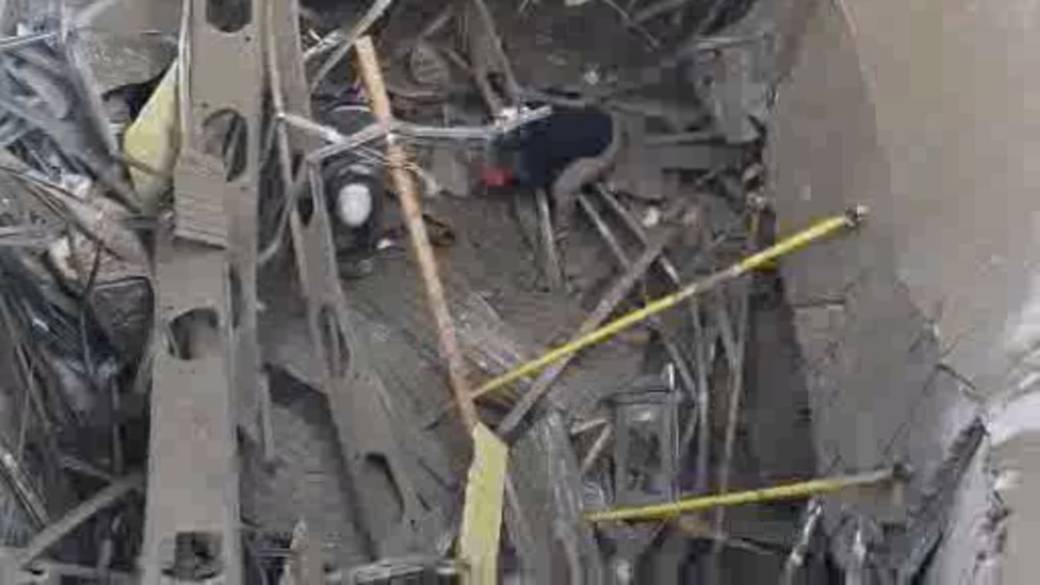 The partial collapse occurred at 555 Teeple Terrace., the site of Nest on Wonderland, which is currently under construction.

“We are devastated by this incident, and our thoughts remain with the affected workers, their families, friends and co-workers,” Michelle Doornbosch, president, Nest on Wonderland, said in a statement.

“Our first priority is always the safety of our employees, contractors and the community in which we work and live.”

Doornbosch said an investigation to determine the cause of the accident is ongoing and that the company is cooperating fully with the regulatory authorities.

One of the contractors on site, East Elgin Concrete Forming Limited (EECFL), said they are also cooperating with authorities.

“Our hearts go out to the affected workers, their families, friends and co-workers,” said Tyson Van Leeuwen, president of EECFL.

“The safety of our employees, contractors and our community is the number one priority at East Elgin Concrete Forming.”

The company confirmed that the two deceased workers were not employees of EECFL.

Louise Chapman is the co-manager of Fabricland on Wonderland Road right across the street from the accident and was working when the accident happened.

“We could only see part of the building collapse and immediately we knew something was not right,” she said.

“It’s very difficult to come into work today and our prayers and thoughts go out to the families.”

Wonderland Road, between Commissioners Road and Springbank Drive, remains closed for the public’s safety as workers try to recover the body of the deceased.

With files from Jacquelyn LeBel, Andrew Graham, and Nick Westoll Global News and The Canadian Press