Trudeau said Canada is bracing for the possibility that clear results will not be known tonight, this week “or even later than that.” He said that the country is prepared for all eventualities, given that polls indicate Trump is in a close race with his Democratic opponent, former vice-president Joe Biden, in a number of swing states that will determine the outcome.

Trudeau said Canada has been able to work with Trump over the last four years, despite ongoing trade and tariff hostilities, and he’s prepared to do so again if the U.S. president is re-elected.

He said Canada was able to renegotiate the trilateral North American free trade deal and the government has pushed back against Trump’s deployment of tariffs on Canada’s steel and aluminum exports on national security grounds.

“Obviously, elections matter and we will watch the results on this one, but Canada is well-positioned and ready to work with the American people and the American government regardless of the outcome of tonight,” Trudeau said.

“It’s a reality for Canada that every Canadian government needs to be a specialist in working with the United States and that has certainly applied to our government,” Deputy Prime Minister Chrystia Freeland added.

John Bolton, who served as Trump’s national security advisor in 2018-19, told CBC News Monday that Trump takes a dim view of Canada and the relationship could deteriorate even further in a second Trump term because he’ll be free to govern without facing the electorate again.

READ  This 'Terror Crocodile' Experienced Tooth The Size of Bananas, Excellent For Having Dinosaurs

While reserving judgment on who he thinks should win the election, Trudeau lamented that the COVID-19 pandemic has become politicized in the U.S., with some public health recommendations being undermined by elected officials. In Canada, he said, the major parties have embraced safety measures and financial supports for people affected by the novel coronavirus.

“In the U.S. there was significant political debate regarding COVID-19 there and I think that’s part of the challenge that the Americans are facing now,” Trudeau said in French. “Obviously, that is something that is at play in this election.”

Trump has been widely criticized for his response to the pandemic, with some saying his lackadaisical approach to masking and physical distancing has resulted in higher case counts.

As recently as Sunday, Trump openly questioned whether he would keep Dr. Anthony Fauci — the director of the National Institute of Allergy and Infectious Diseases and the country’s leading COVID-19 expert — on the job if he wins again. Others have praised Trump for quickly closing the border to foreign travellers and green-lighting rapid testing devices.

O’Toole said Canada needs to have good relations with whoever occupies the White House.

He said he’d find common ground with Trump or Biden on the issues that matter to Canada.

“This is a vote for Americans, not Canadians. I’m a proud Canadian,” O’Toole said. “I will work very closely with whoever the Americans choose to be their president. The Americans are a very close and important ally.” 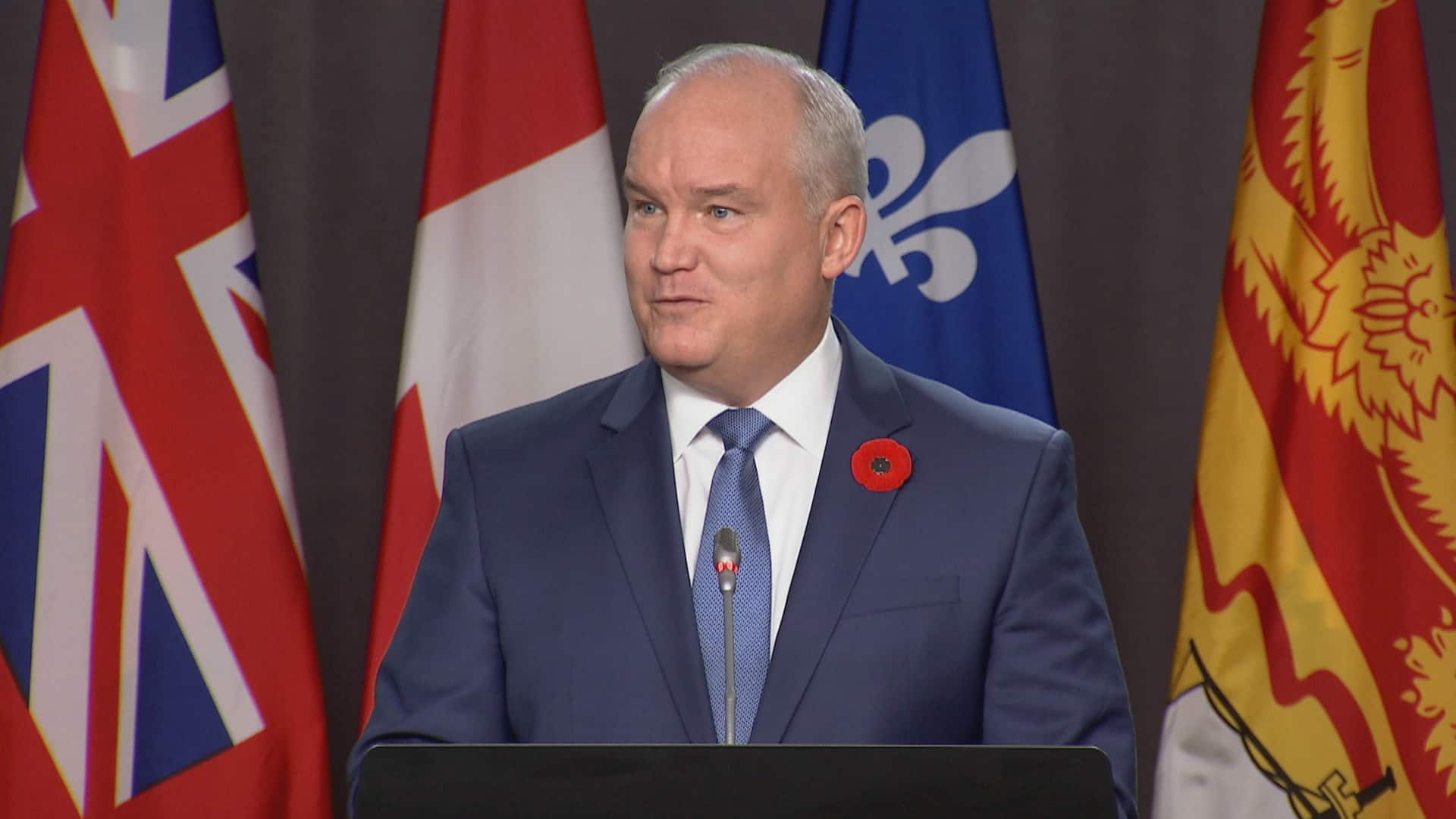 Trump has been a contentious figure in Canadian politics in the four years since his election.

Trump’s push to renegotiate NAFTA resulted in some Canadian concessions in the agricultural sector. He has been critical of Trudeau, calling him “very dishonest” and “weak” after a 2018 G7 meeting in Charlevoix, Que.

Polls indicate that a solid majority of Canadians would support Biden for the U.S. presidency.

A recent Léger poll found that 84 per cent of the Canadians it polled back Biden over Trump.

But a sizeable number of Albertans said they would support Trump over his Democratic opponent. In the Léger poll, 68 per cent of the Albertans polled would support Biden while 32 per cent went for Trump.

Trump has been a strong defender of the oil and gas industry and has backed TC Energy’s long-delayed Keystone XL pipeline, which would move oil from Alberta to refineries in the U.S.

Biden has vowed to cancel Trump’s presidential permit allowing cross-border construction, a decision that would imperil a project that has the financial backing of the Alberta government.

Forty-one per cent of Canadian Conservative voters polled by Léger would support Trump over Biden.

While Trudeau and O’Toole were careful to avoid taking sides in the American contest, NDP Leader Jagmeet Singh said he’d be happy to see Trump gone.

“What we’ve seen from President Trump has been divisiveness, hateful rhetoric that has divided not just a country but emboldened hate and divisive speech around the world,” Singh said.

“But we’ve also seen someone who’s been very irresponsible with COVID-19. We can’t ignore the fact that, as our neighbouring country, if the numbers are very bad in the states our economies are linked [to], it puts us at risk,” Singh said.

In a subsequent tweet, Singh urged Americans to vote out a man who has “placed kids in cages” — a reference to Trump’s family separation policy at the border — and who has “failed 230,000 Americans left dead because of COVID-19.”

“Trump makes the world a more dangerous place for all of us and I hope to see him lose,” he said.

Frank McKenna, who served as Canada’s ambassador to the U.S. in 2005-06, told CBC’s Power & Politics that four more years of Trump could result in more trade and tariff tensions.

The U.S. pulled the steel and aluminum tariffs it slapped on Canadian goods this summer but U.S. Trade Representative Robert Lighthizer has said that decision will be reviewed after Tuesday’s election.

“We would get four more years of unpredictability because that’s part of his character, and we’ve seen that before,” McKenna said of Trump.

WATCH: ‘The stakes are huge’ — Frank McKenna on the U.S. election 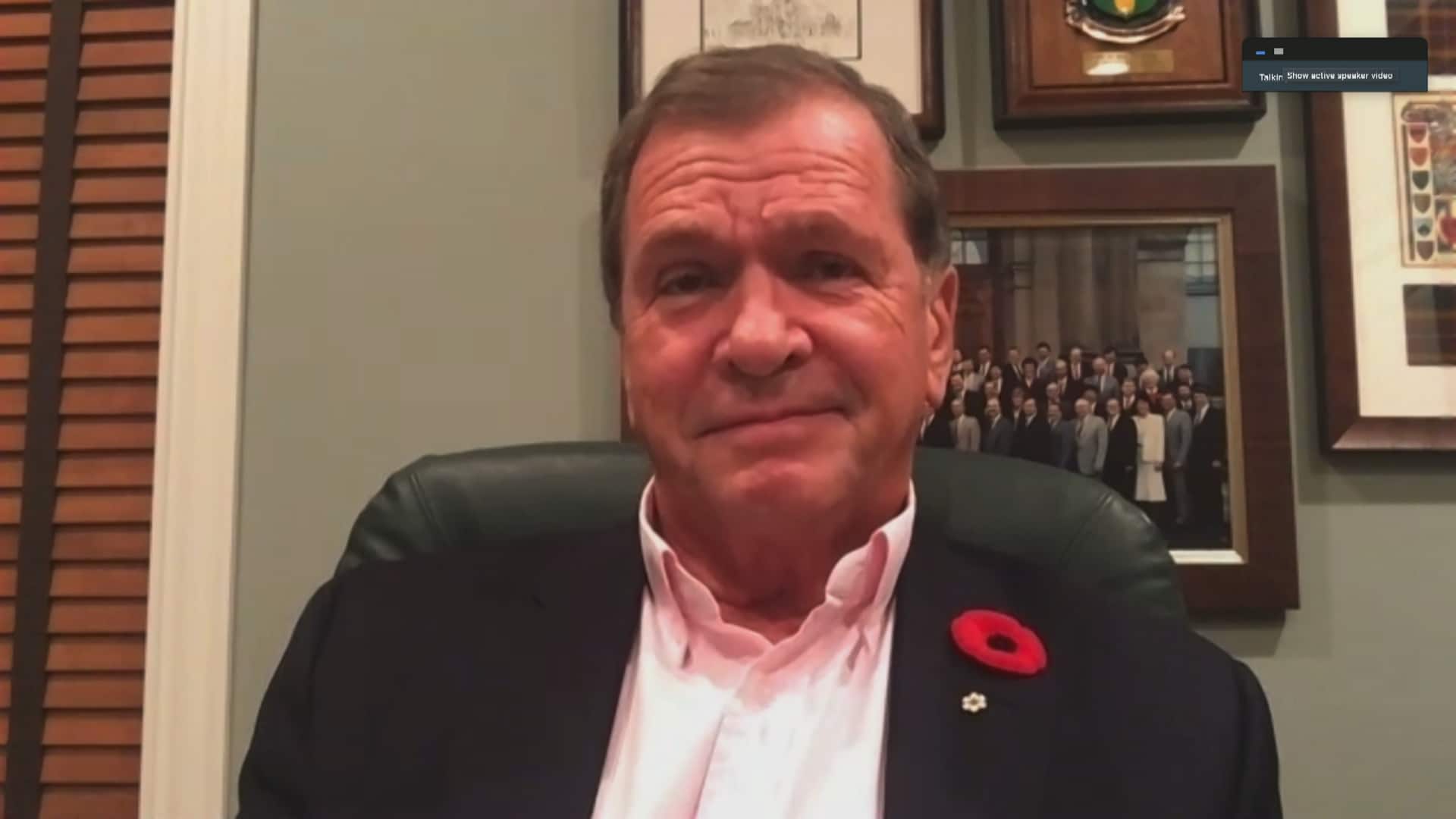 Frank McKenna, the former Canadian ambassador to the U.S. in 2005-06, said four more years of U.S. President Donald Trump will result in more “unpredictability” for the Canada-U.S. relationship. But there are also risks associated with a Joe Biden presidency, he said. 1:43

McKenna warned there are risks to Canada associated with a Biden presidency as well — that the Democrats historically have a more protectionist track record than Republicans. Biden has promised to implement some form of a “Buy American” procurement policy for an ambitious infrastructure program. Meanwhile, the decades-long dispute over cross-border trade in softwood lumber remains unsettled.

“Should the government change and we get a Biden administration, there will be lots of pucks to be put on the net,” he said. “It’s never going to be easy but I expect the tone at the top will be more civil.”