U.S. President Donald Trump and Democratic challenger Joe Biden hurtled toward Thursday night’s final debate, which may be the trailing incumbent’s best chance to change the race’s trajectory with just 12 days left until the election.

The two men headed for Nashville, Tenn., before the debate, which offers their final national stage to outline starkly different visions for a country in the grips of a surging pandemic that has killed more than 225,000 Americans and cost millions of jobs. Despite historic tumult, the race has remained largely unchanged with Biden holding advantages in many battleground states while Trump faces a shortage of campaign cash and, crucially, time.

Worried that Trump could lose the White House and cost Republicans the Senate, some advisers urged him to trade his aggressive demeanour from the first debate for a lower-key style and put the spotlight on Biden, whom he derides as “Sleepy Joe.” But Trump made no such promise.

Biden, who has stepped off the campaign trail for several days in favour of debate prep, expects Trump to get intensely personal. The former vice-president and his inner circle see the president’s approach chiefly as an effort to distract from the coronavirus, its economic fallout and other crises of Trump’s term.

“Hopefully he’ll play by the rules,” Biden said as he boarded his plane for Tennessee. “I’m looking forward to this.”

Final debates often play an outsized role in electoral outcomes. But Thursday night’s showdown will be different from those past.

More than 42 million people have already cast their ballots as part of a pandemic-era rise in early voting. In an election dominated by a polarizing president, far fewer undecided voters remain than at this point in 2016. And, in a visual reminder of the pandemic that has rewritten the norms of American society and fundamentally changed the campaign, sheets of plexiglass have been installed onstage between the two men.

Opponents will be muted

The debate, moderated by NBC’s Kristen Welker, is a final chance for each man to make his case to a television audience of tens of millions of voters. And questions swirled as to how Trump, whose hectoring performance at the first debate was viewed by aides as a mistake that turned off viewers, would perform amid a stretch of the campaign in which he has taken angry aim at the news media and unleashed deeply personal attacks on Biden and his adult son.

In an effort to curtail interruptions this time, the Commission on Presidential Debates announced that Trump and Biden will each have his microphone cut off while his rival delivers an opening answer to each of six debate topics.

A representative of the commission — not the moderator — will ensure each candidate has two full minutes uninterrupted to deliver opening answers to six major topics, according to debate commission chair Frank Fahrenkopf. A member of the Trump and Biden campaigns is expected to monitor the person who controls the mute button backstage, he said, noting that the button would not be used beyond the first four minutes of each topic.

When he feels cornered, Trump has often lashed out, going as negative as possible. In one stunning moment during the 2016 campaign, in an effort to deflect from the release of the Access Hollywood tape in which he is heard boasting about groping women, Trump held a press conference just before a debate with Hillary Clinton during which he appeared with women who had accused Bill Clinton of sexual assault. He then invited them to watch as audience members.

Trying to stage another comeback in a campaign’s closing days, Trump this time is using the power of the presidency to attack his rival.

On Tuesday, he called on Attorney General William Barr to immediately launch an investigation into unverified claims about Biden and his son Hunter, effectively demanding that the Justice Department muddy his political opponent and abandon its historic resistance to getting involved in elections.

Biden could also expect questions about his comments in a CBS interview, released Thursday, in which he wouldn’t rule out trying to add justices to the Supreme Court. The issue has followed him since the Sept. 18 death of Supreme Court Justice Ruth Bader Ginsburg and the Republican-controlled Senate’s rush to confirm Trump’s nominee to succeed her, Judge Amy Coney Barrett.

As for Biden’s family, Trump has been promoting an unconfirmed New York Post report from last week that cites an email in which an official from the Ukrainian gas company Burisma apparently thanks Hunter Biden, who served on the company’s board, for arranging for him to meet Joe Biden during a 2015 visit to Washington. 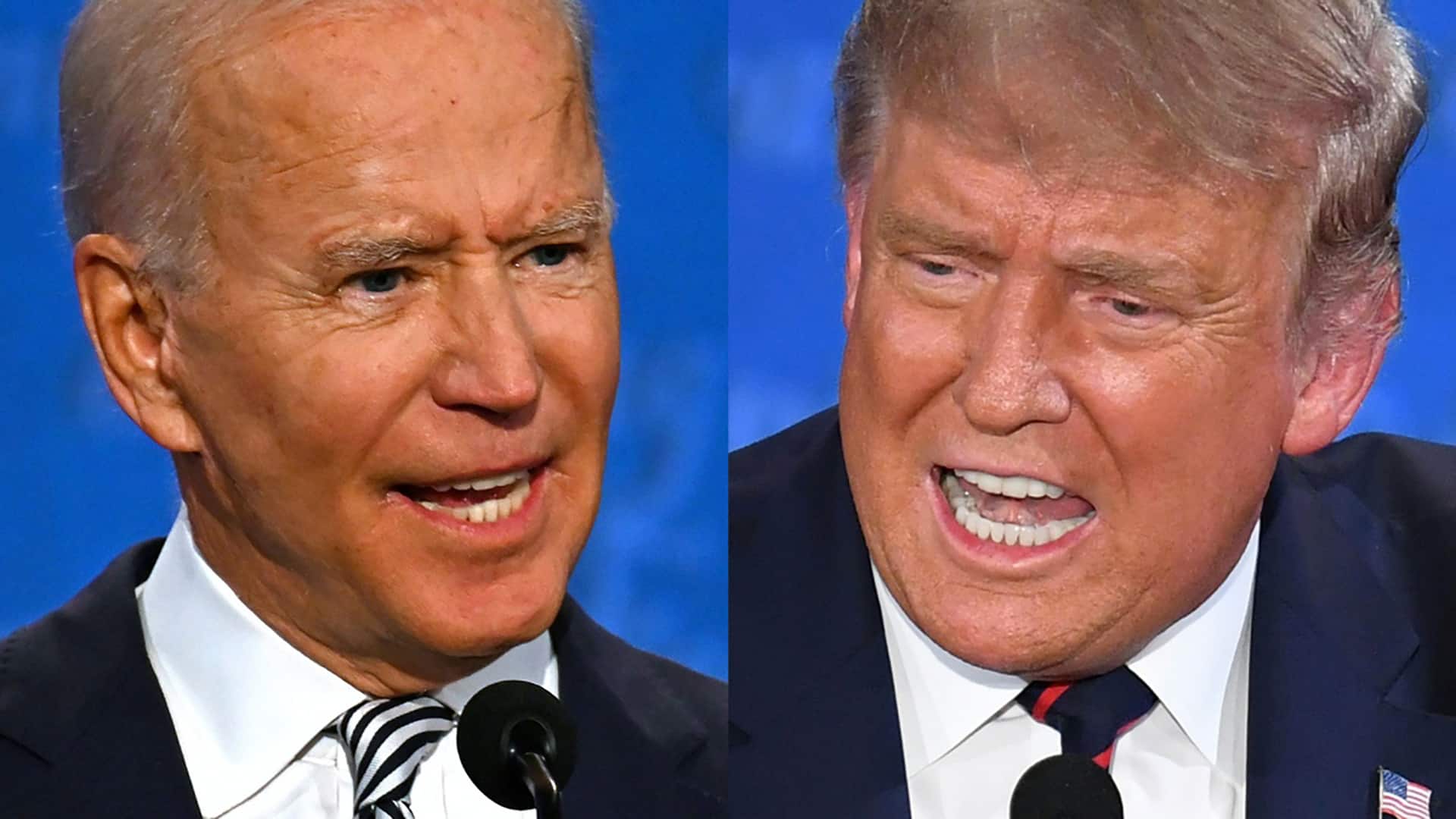 With time running out in the election campaign, Donald Trump and Joe Biden making their closing pitches to the American people. 0:00

The Biden campaign has rejected Trump’s assertion of wrongdoing and notes that Biden’s schedule did not show a meeting with the Burisma official.

Biden and Trump were both tested for COVID-19 on Thursday and the results came back negative.

Trump announced just two days after the first debate that he tested positive for the virus. He later spent three nights in Walter Reed National Military Medical Center before returning to the White House.

The one-two punch of the first presidential debate and Trump’s three-day hospital stint with COVID-19 rattled his base of support and triggered alarm among Republicans who fear the White House and Senate could be slipping away.

The debate commission says that only around 200 people will be inside the arena, a mix of invited guests of the campaigns and the debate commission, students, the commission’s production team, security and health and safety personnel. Audience members will be seated in accordance with physical distancing recommendations; several empty seats separated each person or small group.

All audience members and support staff were required to undergo coronavirus testing onsite within three days of the event. They wore coloured wrist bands as evidence of their negative tests

After Trump’s COVID-19 diagnosis, the debate commission ruled that the second debate, which was to have been held last week, be virtual. Trump balked, and the two men holding duelling town halls instead, speaking at the same time more than 1,600 kilometres apart.

As Trump continued to complain he was being treated unfairly by the news media, he posted on Facebook unedited footage of his own 60 Minutes interview, where he repeatedly told CBS interviewer Lesley Stahl she would not have challenged Biden.

“You wouldn’t say to Biden what you just said to me,” Trump told Stahl when she questioned his characterization of the economy prior to the pandemic. “If he had it, you would never say that to Biden.”

What do you want to know about the U.S. election? Your questions help inform our coverage. Email us at [email protected]

Written By
Alec Woods
More from Alec Woods
Canada experienced a second defeat in the second game in the Classic...
Read More