British Prime Minister Boris Johnson on Saturday announced a new month-long lockdown for England after being warned that without tough action, a resurgent coronavirus outbreak will overwhelm hospitals in weeks.

On the day the U.K. passed one million confirmed COVID-19 cases, Johnson made a sudden about-face and confirmed that stringent restrictions on business and daily life would begin Thursday and last until Dec. 2.

He said at a televised news conference that “no responsible prime minister” could ignore the grim figures.

“Unless we act, we could see deaths in this country running at several thousand a day,” said Johnson, who was hospitalized earlier this year for a serious case of COVID-19.

Under the new restrictions, bars and restaurants can only offer takeout, non-essential shops must close and people will only be able to leave home for a short list of reasons, including exercise. Activities ranging from haircuts to foreign holidays must once again be put on hold.

As in other European countries, virus cases in the U.K. began to climb after lockdown measures were eased in the summer, and people began to return to workplaces, schools, universities and social life.

Johnson had hoped a set of regional restrictions introduced earlier in October would be enough to push numbers down. But government scientific advisers predict that on the outbreak’s current trajectory, demand for hospital beds will exceed capacity by the first week of December, even if temporary hospitals set up during the first peak of the virus are reopened.

The scientists warned that COVID-19 hospitalizations and deaths could soon surpass the levels seen at the outbreak’s spring peak, when daily deaths topped 1,000. The government’s chief scientific adviser, Patrick Vallance, said the mortality rate had the “potential to be twice as bad, if not more” than it was during the pandemic’s first European wave, if nothing was done.

As European countries such as France, Germany and Belgium begin imposing a second lockdown amid surging caseloads, it looked inevitable that Johnson would have to follow.

WATCH | Europe renews COVID-19 lockdowns. Could Canada be next?: 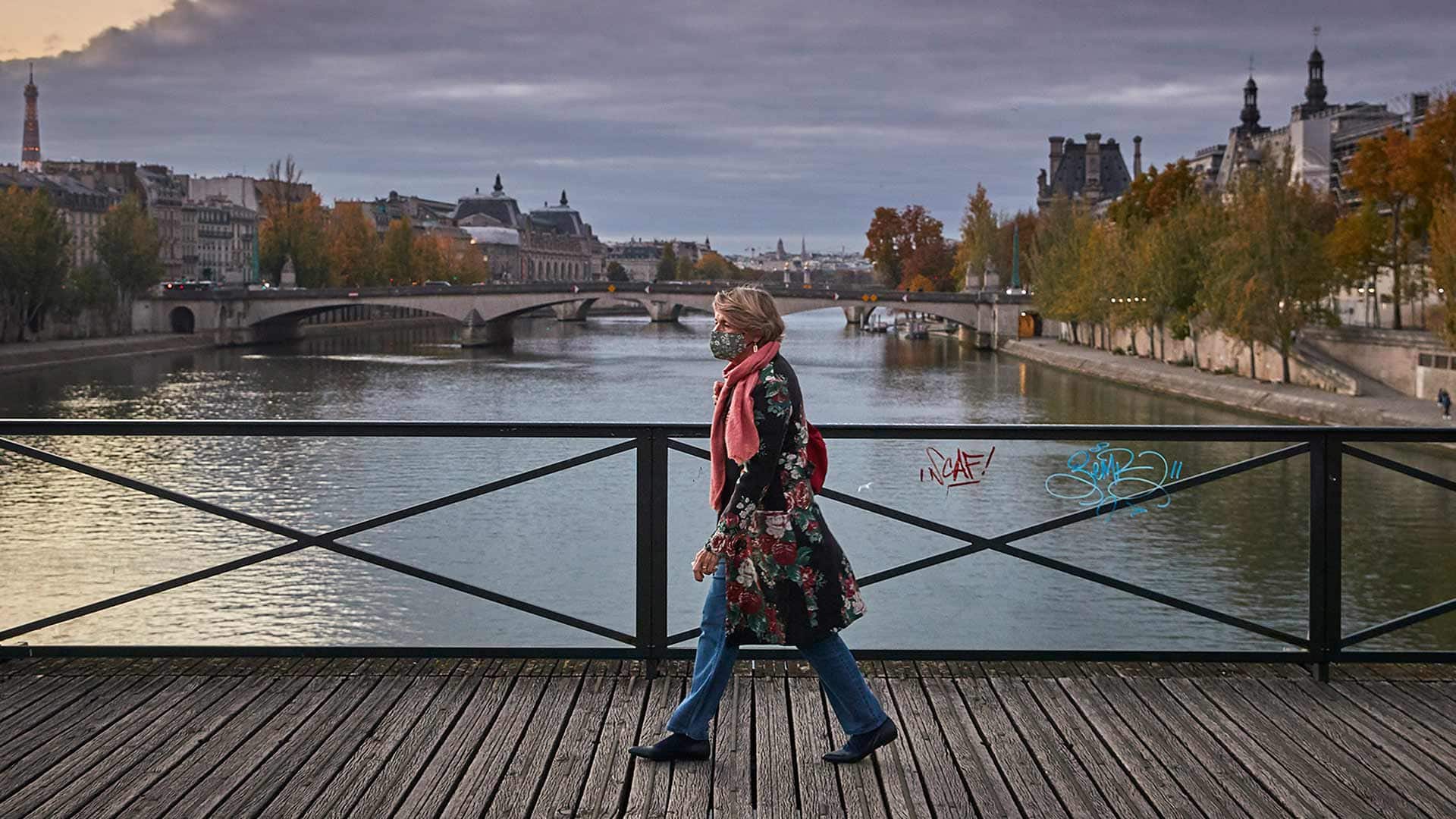 Several European countries have instituted a second round of COVID-19 lockdowns after surges in cases, and experts say Canada may need to look at how places elsewhere in the world have handled outbreaks to avoid a similar fate. 2:00

Official figures announced Saturday recorded 21,915 new cases confirmed in the last 24 hours, bringing Britain’s total since the start of the pandemic to 1,011,660. Its official death toll from the coronavirus is 46,555, the highest in Europe, with 326 new deaths announced Saturday.

The United States, India, Brazil, Russia, France, Spain, Argentina and Colombia have also recorded more than one million cases, according to a tally by Johns Hopkins University in Baltimore. Scientists say the true number of cases is much higher because not everyone with the virus is tested.

Any new lockdown will need Parliament’s approval, and a vote is scheduled for Wednesday. The new measures apply to England. Other parts of the U.K. set their own public health measures, with Wales and Northern Ireland already effectively in lockdown and Scotland under a set of tough regional restrictions.

Scottish First Minister Nicola Sturgeon said Saturday that for now, people in Scotland should not travel to or from England, “except for essential purposes.”

Throughout the pandemic, many British scientists and public health experts have accused Johnson of being too slow to act. London School of Hygiene epidemiologist John Edmunds, a member of the government’s scientific advisory group, said that even with the new lockdown, the country was facing “deaths in tens of thousands from this wave.”

Keir Starmer, leader of the main opposition Labour Party, said in response to the lockdown announcement, “There’s no denying these measures are necessary, and I’m glad that the government has finally taken the decision that it should have taken weeks ago.”

But Johnson is also under pressure from some members of his Conservative Party who oppose tighter restrictions because of the economic damage they would cause.

Owners of businesses that have struggled to get back on their feet since the first lockdown was eased said the impact of new closures would be devastating.

“People have borrowed up to the hilt and spent money in order to get COVID-secure,” said Kate Nicholls of pub and restaurant industry group Hospitality U.K. “There is no spare capacity in the tank to be able to fund a lockdown, even for three to four weeks.”

A government program that has paid the wages of millions of furloughed employees during the pandemic ends Saturday, replaced by less-generous measures that are likely to bring a surge in unemployment.

Johnson had planned to announce the lockdown in Parliament on Monday but was forced into early action after the Times of London reported the news. The government said there would be an investigation into the leak.

The prime minister said the government had to make “incredibly difficult” judgments during the pandemic. He said it was “a constant struggle and a balance that any government has to make between lives and livelihoods — and obviously lives must come first.”

England’s chief medical officer, Dr. Chris Whitty, said at the news conference that “there is basically no perfect time [to act], and there are no good solutions.”

“We’re trying to have the least bad set of solutions,” he said.

Written By
Alec Woods
More from Alec Woods
A woman who says she was sexually assaulted by Cumberland County doctor...
Read More