climate study
Researchers predict “megaflood” that will flood half of California

California is plagued by drought and wildfires. But now a climate study is causing a stir that warns of an even bigger catastrophe – a huge flood like the Hollywood blockbuster.

They already have enough weather disasters in California. Heat, drought and wildfires are making the most populous US state more difficult every year. Now a climate study is causing a sensation in the United States, warning of the extreme opposite: a “mega flood” of apocalyptic proportions.

According to the study, which was published in the scientific journal Science Advances, climate change has greatly increased the risk of extreme storms and resultant “megafloods” in the region. Xingying Huang and Daniel L. “Despite the recent severe drought, the risk of severe flooding in California has been underestimated,” Swain’s authors write.

Climate change has doubled the chance of California suffering devastating floods within the next four decades. This was shown by the data from the weather model used. And the likelihood will continue to grow as global warming increases.

Scientists understand a “megaflood” as a particularly severe flood, such as this one that occurred in the St. Louis and Kentucky area this summer. In California, however, much larger areas and many more people may be affected. As a historical example, the study cites the “Great Flood” of 1861/1862, when a series of winter storms and heavy rains flooded nearly all of California’s low-lying areas. According to the study, the Sacramento and San Joaquin Valleys were temporarily “turned into a vast inland sea nearly 300 miles long. The water lingered for weeks. 4,000 people died in that time, every eighth home and a third of the state’s wealth.” perished. , a quarter of the cattle did not survive.

Such megafloods will return, study author Swain warns, and they will be more frequent and worse, due to the geographic and geophysical conditions of California. Global warming ensures that the atmosphere can absorb more water, for example from the nearby Pacific, which then drains out as heavy rain in some areas. The land cannot absorb the amount of water so quickly, rivers turn into torrential floods.

“Sinking Islands”: These Island States Are Already Going Down 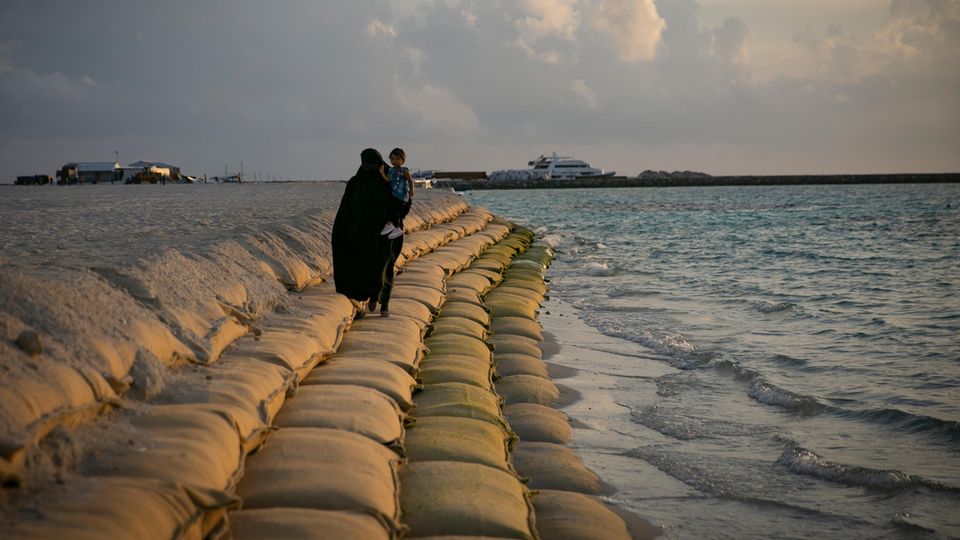 Unlike in 1861, when 500,000 people lived in California, there are now over 39 million residents who would potentially be affected. The study authors again predict the greatest destruction in the Central Valley, the state’s large longitudinal valley, which also houses the cities of Sacramento, Fresno and Bakersfield. But Los Angeles and populous Orange County could also be hit hard, according to the models.

According to the study, a major flood in California could become the costliest natural disaster ever, with an economic cost of more than a trillion dollars. To be prepared for scenarios such as the Hollywood disaster blockbuster, the researchers recommend that responsible officials act on their emergency plans immediately.