Local national teams will begin training on Wednesday, with the region’s tournament to be held in South Tyrol at the end of April 2022.

It begins with the Under-17 selection under coach Manuel Obrist, who called 42 players from 29 clubs to the Association Center in Neumarkt at 5.30 pm. Only players who have a green pass are allowed to participate in the training.

Several South Tyrolean players proved their worth in the various national teams of the amateur association in late August and early September. Hans Larcher (SSV Brixen) and Giole Reale (Obermais) won the Shalom Trophy with LND Under-17s at Pietralcina (Benevento) and beat Napoli 2–1 in the final. Prior to this, he had the upper hand against Croton and Juve Stabia (Larcher also scored a goal in this game). Jakob Bernard of Kaltern was also invited to the tournament, but unfortunately could not comply with the call due to injury. 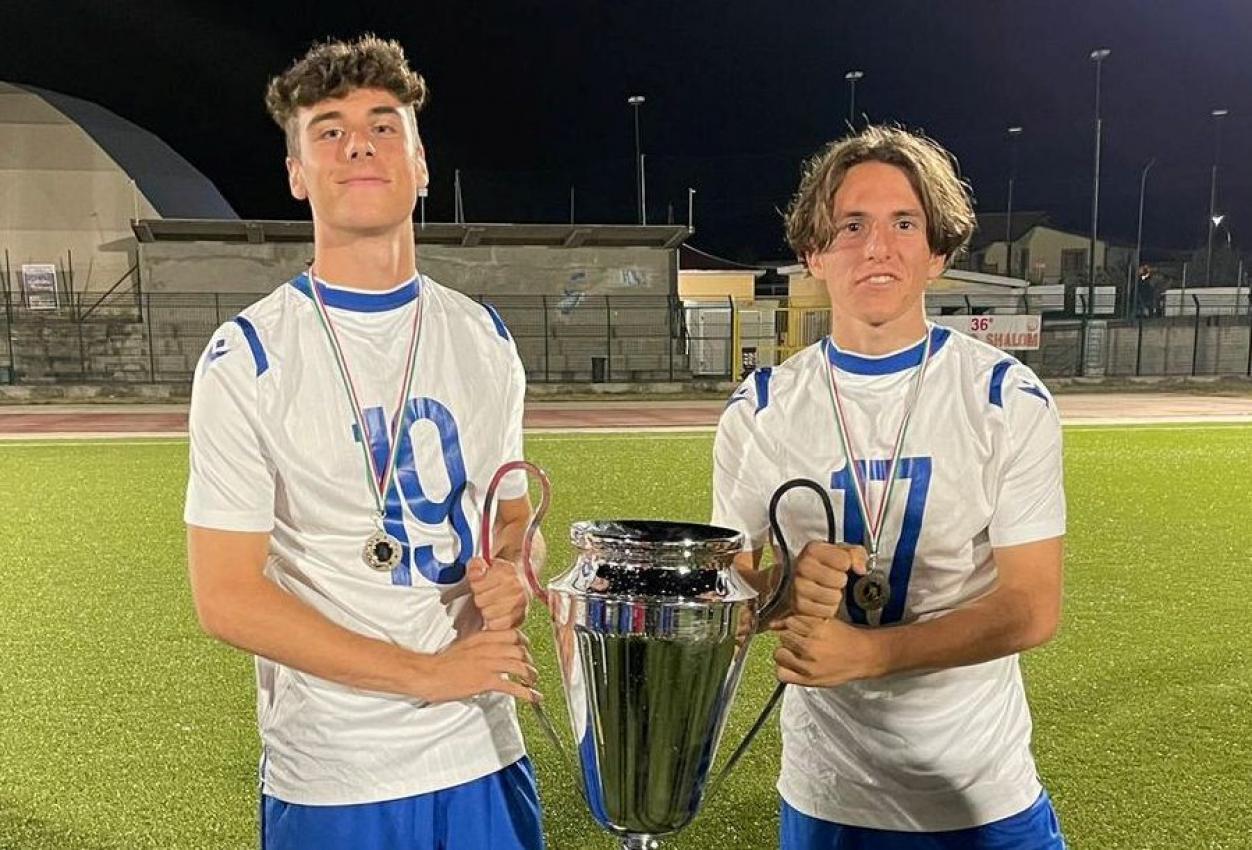 Jeolle Reale and Hannes Larcher celebrate the victory of the Shalom Trophy.

In the U18 selection, which took second place in the Lazio Cup, three other South Tyrol players took part. These are Elias Gasser (St George’s), Hannes Dejako (Stegen) and Klady Sokola (SSV Brixen). Geser scored two goals against Croton and Canada. After victories against Benevento, Crotone, Canada and Salernitana, they lost 2–0 in the final against Roma in Villalba (Rome).

The women’s national team under the age of 20 also won the Shalom Cup. Two players from Brixen OBI Greta Oberhuber and Alexandra Stockner participated, the latter scoring two goals in a 5–0 victory in the final against Napoli.

In June, the under-16 selection under the supervision of Manuel Obrist took part in the USALP tournament in Trentino and finished an excellent second. The final was lost 0: 2 against the U16 national team.