This story is part of The Big Spend, a CBC News investigation examining the unprecedented $240 billion the federal government handed out during the first eight months of the pandemic.

When Justin Trudeau ran for office in 2015, he promised Canadians a more open and transparent government.

An investigation by CBC News reveals, however, that the Trudeau government hasn’t been entirely transparent about where COVID-19 aid worth billions of dollars has gone.

While the government has made available high-level aggregate spending statistics, or estimates of the net fiscal impact, for the more than 100 programs it has launched since the pandemic began, only a few departments have released details about which individuals, groups or companies have received government money.

Some departments have fought CBC’s attempts to get that information tooth and nail — despite the fact that some publicly traded companies have voluntarily disclosed the same information through their TSX filings.

The work of House of Commons committees that normally would probe government spending programs — such as the Finance committee — has been disrupted, first by the government’s move to prorogue Parliament in August and then by Liberal filibusters.

NDP finance critic Peter Julian said the government has been relatively transparent about how much it is spending — but not about where the money is going.

“In terms of who that is specifically going to, this is where I think we run into problems that the government has not been transparent about — which of the big businesses, some of whom are extremely profitable during this pandemic, have actually been receiving these significant amounts of money,” he said.

In the House of Commons, Finance Minister Chrystia Freeland has been unapologetic in the face of opposition questions.

“Now is the time for us to focus on what we can do going forward to save Canadian lives and to preserve the Canadian economy,” Freeland told the House on Oct. 29. “There will be a time for post-mortems, but while the plane is flying, one does not try to change the engine.”

Freeland was not available for an interview. In a statement, her office defended the government’s actions.

“Our government’s top priority is supporting Canadians and businesses as we weather the COVID-19 pandemic,” wrote spokesperson Katherine Cuplinskas. “This week’s Fall Economic Statement provides detailed and transparent accounting of government expenditures, as well as a growth plan to ensure a robust and resilient recovery once the virus is defeated.”

Asked to react to claims the government isn’t being transparent about where the money is going, Cuplinskas declined to comment further.

While departments cite different reasons, the end result is that the government has refused to reveal which groups and businesses are benefiting from some of its highest-spending programs.

The Export Development Corporation was charged with running the Business Credit Availability Program (BCAP) and the Canada Emergency Business Account (CEBA). It has made public the names of a half-dozen companies that appear in ads praising the help they received, but EDC refuses to name the other 791,884 businesses approved for CEBA loans totalling $31.6 billion.

“Company names are included in the data businesses gave in confidence,” said EDC spokesperson Amy Minsky. “Without consent, we are not able to disclose the names.”

EDC also has refused to reveal the information through the Access to Information Act, pointing to a clause in the Export Development Act which says that “all information obtained by the Corporation in relation to its customers is privileged.”

The Canada Revenue Agency (CRA) has administered several aid programs, including the Canada Emergency Wage Subsidy (CEWS). CRA has made high-level statistics available and says it plans to make public the names of the 355,990 employers that benefited from what the PBO estimates is more than $49.2 billion in subsidies.

However, the CRA has been “finalizing” its plans to make the information public since CBC News first asked two months ago and has failed to explain the delay.  It is also not known whether the information will be made public in its entirety.

“The Government of Canada is still considering the process for making this information available,” said spokesperson Etienne Biram. “An update will be made as more information becomes available.”

The CRA also has refused to disclose the information through the Access to Information Act, citing a clause that allows the department to refuse to reveal information due to be made public within 90 days of the access request.

In the U.S., the names of companies that benefited from the Paycheck Protection Program and the amounts they received have been made public.

“The Bank’s reporting on the corporate bond purchasing facility reflects our judgment on the balance between transparency and the need to protect commercially sensitive information and transaction-specific detail that could impact the fair market value of the Bank’s purchases,” said spokesperson Alex Paterson.

“For example, publishing information about individual bond pricing and allocation could lead to market distortion. For that reason, the Bank will release transaction-level details of these programs with a five-year lag, or shortly after the programs are wound up, whichever comes first.”

The Bank of Canada has been releasing aggregate information about bond purchases by sector with a one-month delay. It also has published a list of companies that are eligible for the purchasing program — but hasn’t revealed which bonds it actually bought.

The Parliamentary Budget Officer estimates the Canada Mortgage and Housing Corporation (CMHC) handed out $2 billion through the Canada Emergency Commercial Rent Assistance (CECRA) program. CMHC initially refused to disclose any information about which companies received help, saying it was prohibited under the Privacy Act.

Canada’s Privacy Act protects the information of individuals — not companies. 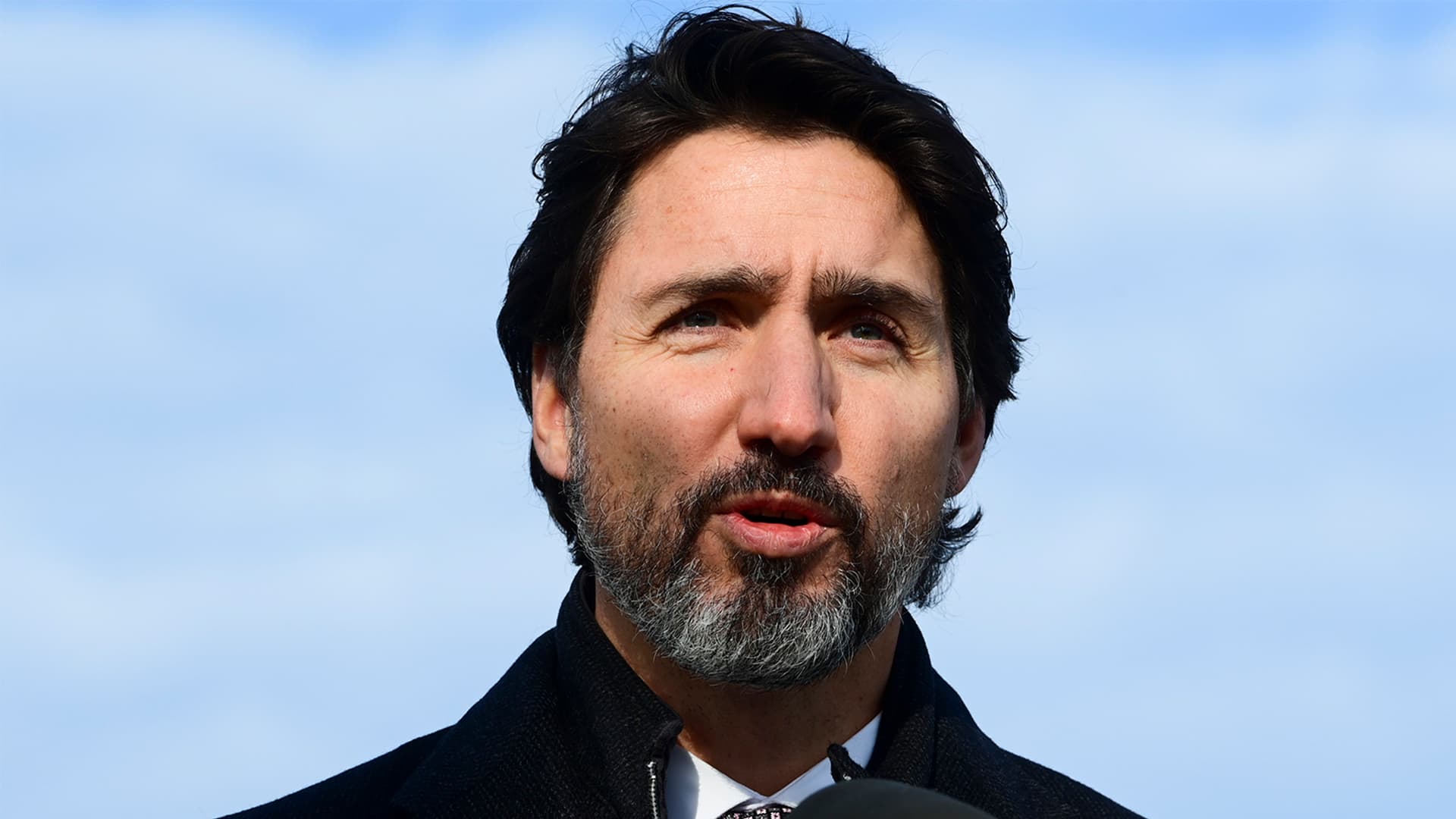 Other government organizations have been more willing to reveal where they sent the cheques.

Some departments, including Canadian Heritage, have been quietly adding information about who got cheques to the government’s open database of grants and contributions, which currently has 24,738 records that mention COVID-19. While some are regional economic development funds to help small businesses weather the pandemic, others are research grants, internships or grants to arts organizations and festivals to help keep them afloat.

The Canada Enterprise Emergency Funding Corporation, a subsidiary of the Canada Development Investment Corporation, has been proactively publishing the names of companies that have received money under the Large Employer Emergency Financing Facility (LEEFF). However, to date it has only published two names: Gateway Casinos and Entertainment, which was approved for a $200 million loan, and B.C-based Conuma Resources, a coal mining company approved to borrow $120 million.

Julian and Conservative finance critic Pierre Poilievre said the government started out by being transparent, with then-finance minister Bill Morneau briefing them behind closed doors about the government’s spending plans. That all changed in August, they said.

“Since then, it’s been very difficult to get information about which of these big, profitable companies have been receiving government support,” said Julian. “This is a problem. Canadians have to be able to judge this.

“We need to have full transparency so Canadians can judge whether it was appropriate to give that handout to a company that is declaring dividends or executive bonuses and laying off hardworking employees at the same time.”

Poilievre said that at the outset of the pandemic, with public servants working from home, it was easier to accept that the government couldn’t tell Canadians where the money had been going. Nine months later, he said, “the free ride is over. We should now expect to receive the data.”

Former parliamentary budget officer Kevin Page, who now serves as CEO of the Institute of Fiscal Studies and Democracy at the University of Ottawa, said there is “an enormous transparency gap” when if comes to what the Canadian and the U.S. governments have revealed about where the money has gone — a gap the government should be pushed to close.

“We should know more where that money is going. These are tens and tens of billions of dollars in business supports. It’s a key part of the overall stimulus,” he said. “And not knowing really … reduces our ability to understand how these programs are working and what role can they play in terms of supporting the economic recovery going forward.”

Contact CBC and our top investigative journalists securely and anonymously with SecureDrop.

Elizabeth Thompson can be reached at [email protected]