More than 84,000 people were diagnosed with COVID-19 across the United States on Friday, according to a Reuters tally, a record one-day increase in infections during the pandemic as the virus surges again nationwide.

Health experts have not pinpointed the reason for the rise but have cited such factors as colder temperatures driving people inside, fatigue with COVID-19 precautions and students returning to schools and colleges.

The latest estimate by the widely cited University of Washington’s Institute for Health Metrics and Evaluation (IHME) also reflects fears that cold winter weather will drive Americans indoors, where the virus is more likely to spread.

“We are heading into a very substantial fall/winter surge,” said IHME director Chris Murray, who co-led the research.

The number of possible deaths could drop by 130,000 if 95 per cent of Americans would cover their faces, the IHME said, echoing a recommendation by Anthony Fauci, director of the National Institute of Allergy and Infectious Diseases.

“The good news on the horizon is that vaccines look promising,” Fauci told CNN in an interview. “And hopefully by the time we get to the end of November, the beginning of December we will have shown that we have at least one or two — and maybe more but at least two — vaccines that are safe and effective.”

Health Secretary Alex Azar attributed the increase in cases nationwide to the behaviour of individuals, saying household gatherings have become a “major vector of disease spread.”

Asked about an assertion by President Donald Trump during Thursday night’s presidential debate that the United States is “rounding the turn” on the pandemic, Azar told CNN that Trump was trying to provide hope to Americans waiting for a vaccine. 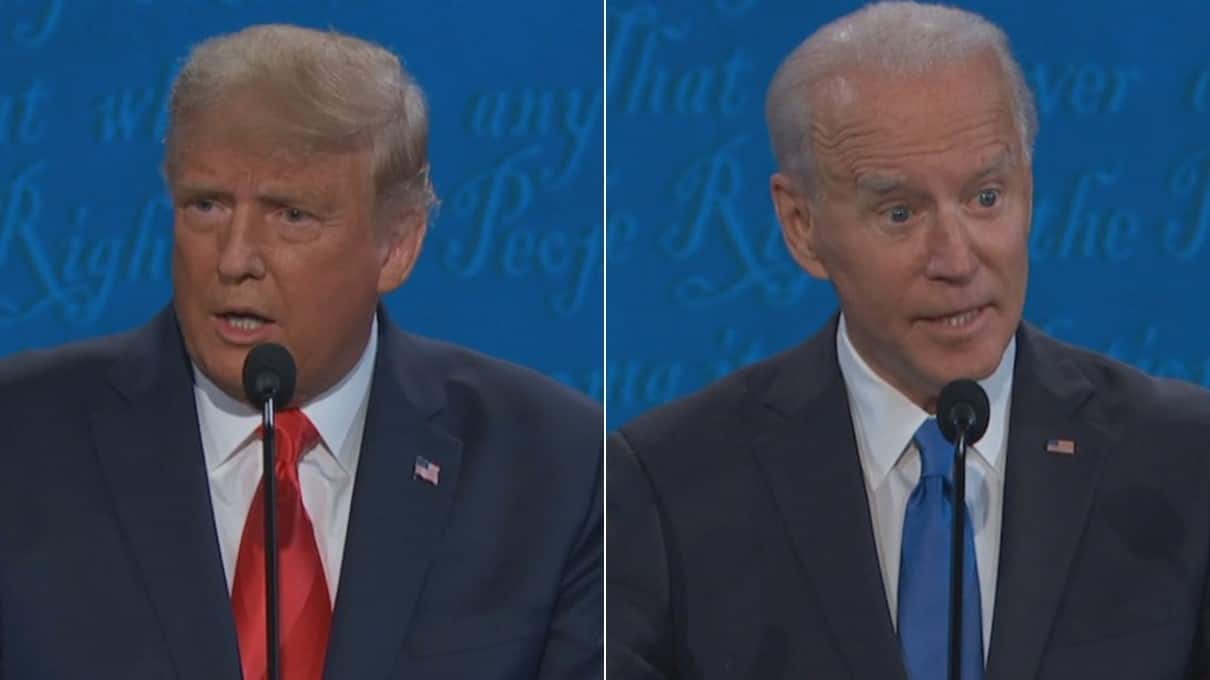 The president and the Democratic candidate were critical of each other’s approach to handling the COVID-19 pandemic. 0:48

On Thursday there were 916 reported fatalities in the United States, a day after the country recorded over 1,200 new deaths for the first time since August.

Eighteen states have reported their highest daily numbers of hospitalized COVID-19 patients since the pandemic started and on Friday the number of COVID-19 patients in U.S. hospitals climbed to a two-month high.

There are now more than 41,000 hospitalized patients with coronavirus across the country, up 34 per cent from Oct. 1, according to a Reuters analysis.

North Dakota — with 887 new cases on both Thursday and Friday — remains the hardest-hit state, based on new cases per capita, followed by South Dakota, Montana and Wisconsin, according to a Reuters tally.

In Tennessee, hospitals in Nashville said they have experienced a 40 per cent increase in patients admitted for COVID-19.

Dr. Jeff Pothof, an emergency medicine physician at University of Wisconsin Health in Madison, expressed worry about a lack of compliance with public health measures in the state, where some groups have challenged Democratic Gov. Tony Evers’ COVID-19 restrictions in court.

Chicago Mayor Lori Lightfoot announced a curfew on nonessential businesses from 10 p.m. on Friday. She warned residents to avoid social gatherings of more than six people and end all gatherings by 10 p.m.

The Northeast remains the one region of the country without a significant surge in cases, but infections are trending higher. Boston public schools shifted to online-only learning this week.