A provisional Formula 1 calendar for the 2022 season is already circulating in the paddock. It’s 14 days short, but there’s one more race than this year. New is the relatively early end of the season in Abu Dhabi on 20 November. We have the first information about the planned dates.

The calendar for 2022 is still neither official nor tentative. The teams put it together from the first signs. But it should be close enough to the schedule that Formula 1 plans to restart in 2022. Accordingly, the world tour should consist of 23 races that would be held within just 245 days. That is, 14 days more than in 2021.

The 2022 season is starting in Bahrain the same way as this year, but a week earlier. It is to start from March 20. Before this, there will be three Test days in Barcelona from February 23 to 25 and in Bahrain from March 11 to 13. This means that there are only five days between the end of the winter test drive and the first training on the Sakhir course.

The 73rd Formula One season in history again ended in Abu Dhabi. However, unusually early. After the curtain falls in December, 2022 should be November 20.

F1 management wants to give teams a long break in the winter because they know how stressful it is to organize 23 Grands Prix in such a short period of time. It currently consists of three triple headers, two in Europe and one overseas.

If China fails again, Imola should step in as a replacement candidate.

After beginning with GP Bahrain, the field remains the dominant class and GP Saudi Arabia is behind. The Australian GP will then come with a two-week break, which recently had to be canceled twice in a row.

F1 bosses are optimistic that Australia will ease its travel restrictions later this year. The vaccination program is now progressing rapidly. Of all people over the age of 16, 52 percent have already been vaccinated twice. With the vaccination rate of 80 per cent, the strict quarantine rules are to be relaxed.

China was originally planned as a fourth Grand Prix, but signs are more towards isolation. Imola would like to step down on April 24. From there it moves to a new location in the USA. Miami has already officially confirmed the date for May 8. The United States plans to lift its travel restrictions from November 1.

After the race in Miami, the European season begins almost as traditionally: Spain on 22 May, Monaco a week later. At the Classic in Monte Carlo, training will no longer take place on Thursday, but as usual on Friday. This should ease the tension for the F1 entourage.

The Azerbaijan GP retains its traditional place in June. A week later, the circus finally wants to hit Montreal again. Here too, the Grand Prix had to be canceled twice in a row due to the epidemic. The crew flies from Canada back to Europe. 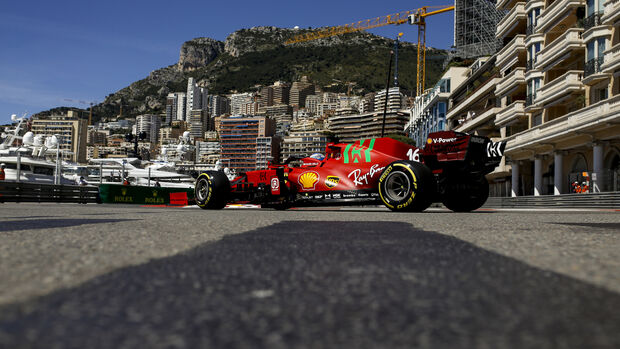 The race in Monaco turns into a four- to three-day event. Free practice runs Thursday through Friday.

two triple headers in a row

There should be four races in July. It will begin at Silverstone on July 3, followed by Austria on July 10 and France on July 17. The race is yet to be confirmed in Paul Ricard. The Imola was originally planned as a replacement date, but the Emilia Romagna should probably already be ready for China. As always, the last race before the summer break will take place in Budapest at the end of July.

After a four-week break, the season will continue as per the 2021 pattern from August 28 with triple headers Belgium, Netherlands and Italy. After this there is the next strike of three. Russia, Singapore and Japan are due to join forces between September 25 and October 9. There is still a question mark hanging over Singapore. An alternative here would be the Grand Prix of Turkey.

On October 23, we will go to the USA for the second time. Austin and Mexico again form a double pack. The season ends on 13 November with Brazil and a week later with Abu Dhabi. There is a 14 hour flight between the two destinations. Formula 1 proved in the 2010 season that it was possible.

Germany is currently not back on the Formula 1 map. Negotiations with F1 management were unfortunately unsuccessful. More recently, with the help of sponsorships, efforts have also been made to bring the Grand Prix back to the country, the inventor of the automobile. But in the end all efforts failed due to financial viability.