Anyone who, like me, has relied on music and podcast playback through Apple’s HomePod (mini) in their home, can now look forward to a new software version. From now on v15.2 is available for download and installation, which brings some exciting new features.

Apple just updated the HomePod software with iOS and iPadOS 15.2 and is now offering downloads in its Home app. To update HomePods, simply tap the home symbol in the top left corner of the screen and then go to “Home Settings.” Updates for Apple’s smart speakers should then be found in the list under “Software Update.” If you’ve integrated the HomePod into Quick Access on the Home app’s start page as a favorite, an update symbol also appears in the tile. During the update, the top of the HomePod flashes a white roaming light—you should avoid disconnecting the speaker from power in the meantime.

Apple Music Voice can only be used on Siri . can be done with 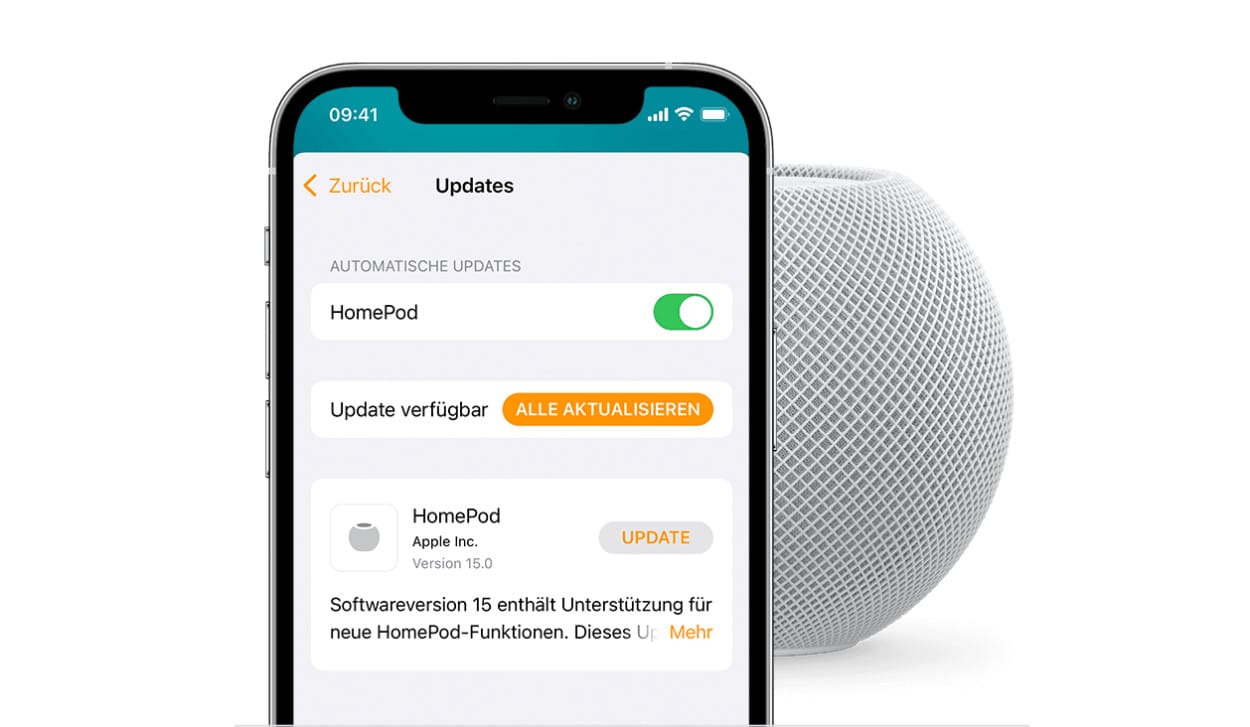 With the update, Siri voice recognition has also been expanded to include new languages, so HomePods can now be used in more languages. According to Apple, the update also includes performance and stability improvements for the smart speaker.