At least one person has died after being swept up in the Capilano River Thursday afternoon in North Vancouver.

BC Emergency Health Services said it was called at 1:49 p.m. following reports of people being caught up in fast-moving water after the Cleveland Dam was opened.

Metro Vancouver officials confirmed there was an unscheduled release of water through the dam.

Today, the Cleveland Dam spillway gate released a large volume of water into Capilano River during maintenance. We resolved the problem this afternoon and river levels have normalized. We are conducting a full investigation and will provide additional information when available.

“There’s concern with the safety of the dam itself, it was not a function of a breach of a problem with the dam. It was the gate, which controls the water flow, released a large flow of water, and it happened here when we were doing maintenance,” he said.

“We’re doing a full investigation of what happened.”

Four were rescued or managed to escape, while one man died.

“There were a number of anglers who were fishing beside the river at the time. It’s a very unfortunate and sad occasion,” he said.

People who were fishing in the river reported hearing the water coming through the canyon like a freight train, with no warning.

Daniel Yang told Global News he was fishing in the river with his father and a friend on Thursday morning when his friend starting screaming at him to get his attention.

“I saw the water was rising up very fast,” he said.

Yang and his father saw they were cut off from the path they’d taken to enter the canyon, and found themselves trapped on a shrinking sand bar.

“And there was nothing we could do. The only way to save us, because of the water rising at a really rapid rate, [was] to climb.”

The two men used trees as handholds to pull themselves up what Yang described as a vertical cliff about 15 metres (50 feet) high.

“If we [were] not being careful, if we fell from the cliff, we would have died.”

The friend was able to get himself to safety on his own.

No alarm or notification preceded the surge of water, he added, and if someone opened the dam without warning, they should be held accountable. 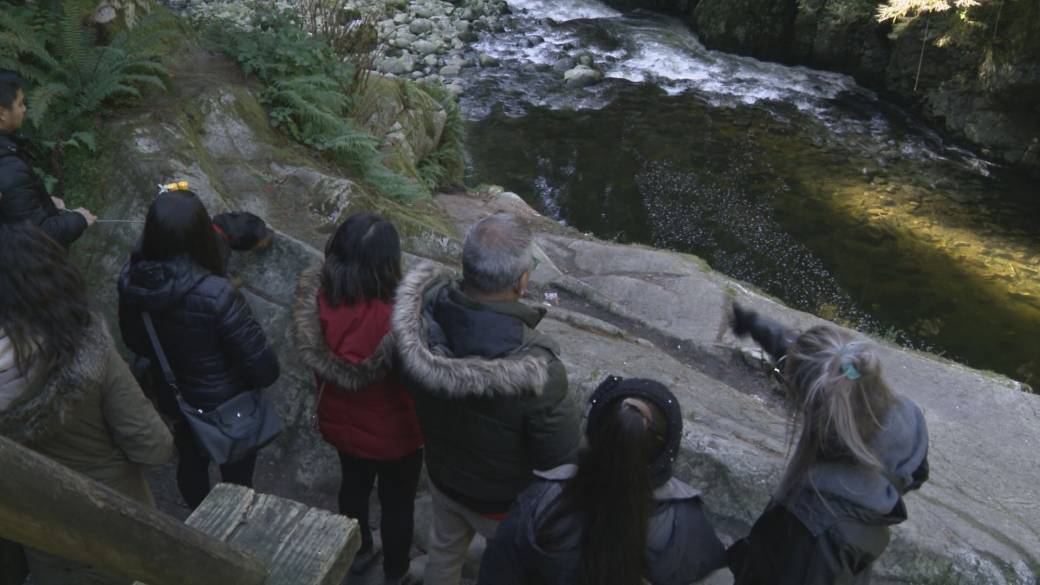 BC Emergency Health Services said two people were able to return to shore on their own and two others were in stable condition, officials said. No one was transported to hospital.

Police and search and rescue crews remained on scene into Thursday evening to ensure there were no other people missing in the river.

The BC Coroners Service is also investigating.

Written By
Alec Woods
More from Alec Woods
Trier Not an easy move: out of a comfortable trier; Where did...
Read More