Mike Tindall, husband of the Queen’s granddaughter Zara Phillips, revealed some details about the anniversary in his podcast. Among other things, he talked about Hyper Prince Louis at the closing parade.

With his smile and taunts, Prince Louis caught everyone’s attention at the closing parade of the Throne Jubilee. The younger son of Prince William and his wife Kate could not sit still and stumbled wildly in his seat. “The kids were the stars of the show. Louie just wanted to have fun. It’s hard for them. They’re all young. It’s a long time. But as any parent knows, you just do what you’re supposed to do.” needs,” Mike Tindall, husband of the Queen’s granddaughter Zara Phillips, said on his podcast.

The couple sat behind William, Kate and their three children with their two daughters, Mia and Lena. Eight-year-old Mia and her three-year-old sister Lina also fooled around during the ceremony. “The two of me are always naughty, so you have to try to keep them under control,” Tindall said. The children ate a lot of candy throughout the celebration. They were in a real “sugar rush”.

Zara and Mike Tindall have been married since 2011. Apart from their two daughters, they also have a son, Lucas, who was born in March 2021. Mike Tindall co-hosts The Good, the Bad and the Rugby podcast with English rugby player James Haskell and TV presenter Alex Payne.

A big kiss, sweets and secret plans: The mini royals were so cute 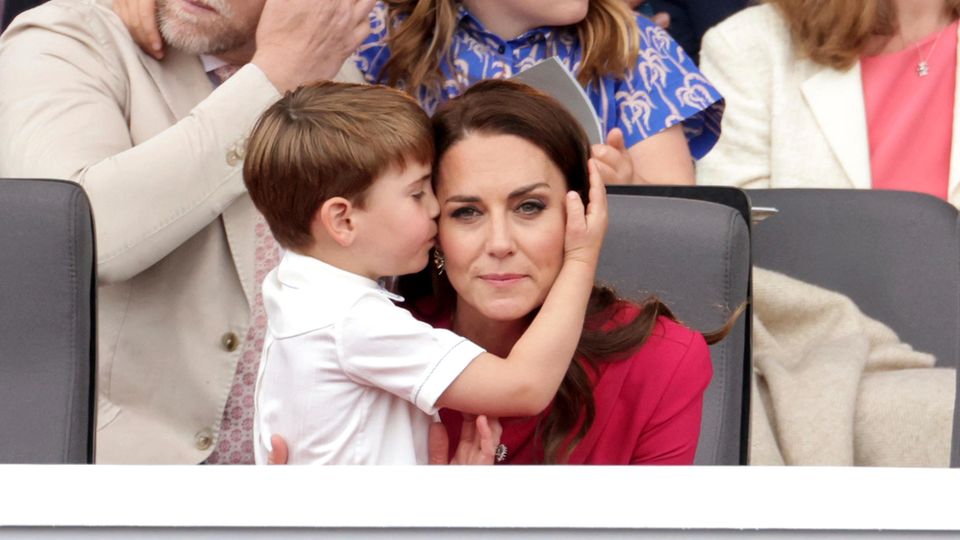 There, the 43-year-old also revealed that some family members had lunch together after the “Trooping the Colour” parade on Thursday. Along with concerts in front of Buckingham Palace and the Epsom Derby, she was one of their “highlights” of the weekend. Mike Tindall did not say who came for the meeting.

British newspaper “Daily Mail” reports that Prince Harry and his wife Meghan did not attend, but headed straight back to their Frogmore Cottage property in Windsor after the military ceremony. The couple traveled from the US to the UK with their two children for the anniversary weekend, but were rarely seen in public.

Source: Podcast “The Good, the Bad and the Rugby”, “Daily Mail”