The City of Saskatoon has pushed Monday’s civic election to Friday after a massive dump of snow over the weekend complicated voters’ ability to get to the polls.

The city’s election office announced this afternoon that all polls would be closed at 6:30 p.m. CST today.

“This is certainly unconventional, and we appreciate the frustration many of our citizens have felt about not knowing what options they had to vote,” returning officer Scott Bastian said in a news release.

The move followed some candidates calling on the city to reschedule after the severe snowstorm.

Three mayoral candidates — Cary Tarasoff, Mark Zielke and Zubair Sheikh — as well as one Ward 7 candidate, Carol Reynolds, have called on the city’s returning officer to either “delay,” “reschedule” or “press pause” on the municipal contest to allow for streets to clear and become more navigable.

“Stop it for today,” mayoral candidate Cary Tarasoff said. “I hope [the city] considers these exceptional circumstances and takes the appropriate action to ensure anyone who wants to vote can do so without risk of injury.”

The provincial government announced Monday morning that it would allow municipalities to postpone their elections because of the storm. Some communities, such as Maple Creek, took the province up on its offer.

Incumbent mayoral candidate Charlie Clark wrote on his social media accounts that he’s heard concerns from many people worried about not being able to vote Monday and acknowledged the province’s announcement.

“For obvious reasons, this is a decision that only the Saskatoon elections returning office can make, not the incumbent mayor or city council,” Clark wrote.

One former city councillor, Pat Lorje, said the weather and its unprecedented impact on roads would definitely have an effect on the election if it had been concluded Monday as planned.

“I think that the incumbents are more likely to be re-elected because they probably will have encouraged many of their supporters to go out and vote early,” Lorje, who served as Ward 2 councillor from 1979 to 1991, said before the postponement was announced.

Lorje said she thinks turnout in the municipal election will be lower than in previous years. In 2016, about 40 per cent of registered voters cast ballots.

She said she also said she understands why officials may not want to postpone.

“It was difficult enough for them to get poll workers,” she said. “It would be difficult to ensure that there are adequate poll workers on another date.” 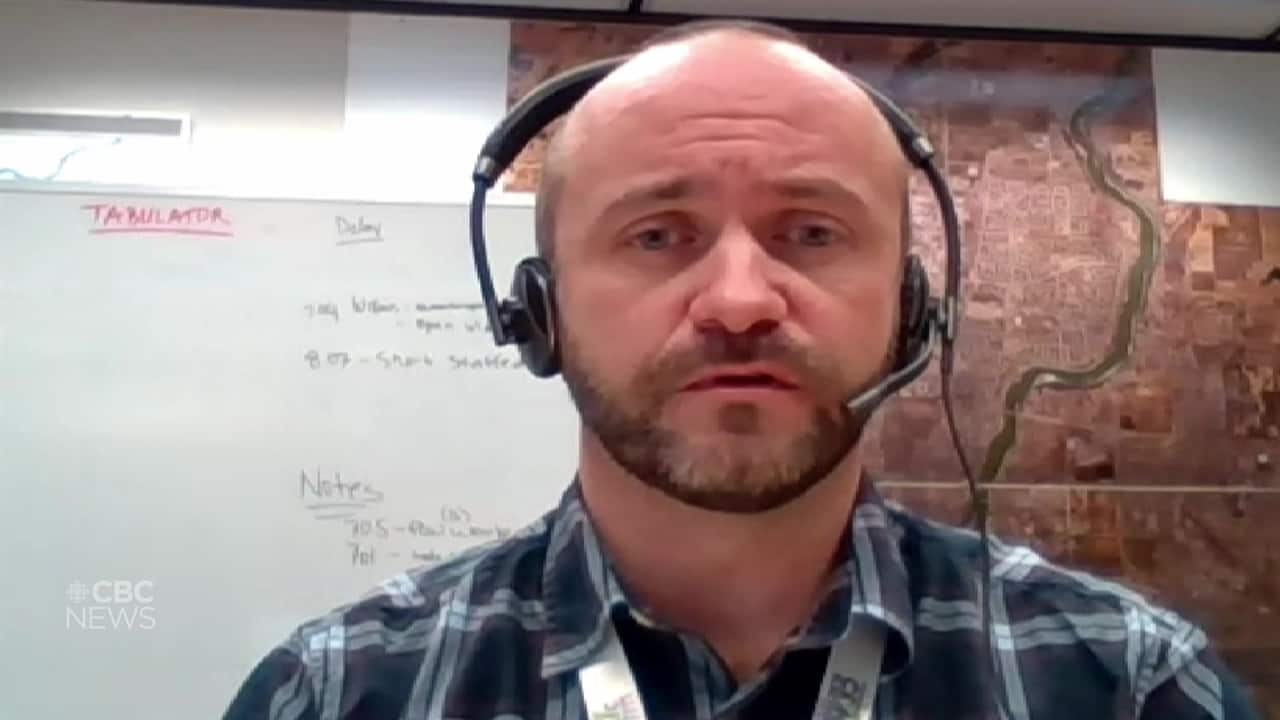 Officials expect to have a firm answer early this afternoon on whether the city will postpone or extend the election. Most polls for Saskatoon’s civic election are open already. 1:09

Most polls for Saskatoon’s civic election opened Monday at 8 a.m. CST in 65 locations amid the storm, which cancelled some services as well as in-person classes for high school students.

Bastian said earlier Monday that 63 of 65 polling locations were open. The two polling stations still closed are at Westmount and St. Marguerite schools.

The city estimates 15 to 20 cm of snow fell Sunday, leaving many people snowed in and many roads impassable early Monday morning.

Due to record-setting snowfall and hazardous conditions on Saskatchewan roads, the Government of Saskatchewan is authorizing Returning Officers to postpone municipal and school division elections. 1/2 <a href=”https://t.co/gLOFBN7WTL”>pic.twitter.com/gLOFBN7WTL</a>

The city says all voters must provide ID to be eligible to vote in the municipal election. It says a person who is entitled to vote may have someone vouch for their identity.

To help stop the spread of COVID-19, voters are required to wear a mask, in accordance with the Saskatchewan Health Authority’s public health order. Voters are also encouraged to bring their own pens and stay at home if feeling unwell.

There will be increased sanitation of the polling stations.

Safety measures that will be in place for all voters at all polling stations include one-way directional traffic, physical distancing and capacity limits, hand sanitizer available at entry, protective dividers separating voters from election workers and all election workers will be equipped with PPE.

The city says there are some ward changes in this year’s election and it wants people to be aware of the changes so they know which candidate to vote for:

Written By
Alec Woods
More from Alec Woods
Ontario Knowledge Day is the latest addition to the program in Canada....
Read More