This places him first in the overall world championship standings, ahead of Mario Roman from the Sherco Factory Racing team, who finished third in Canada.

In the first hard enduro world championship event on Canadian soil, a remarkable duel for victory developed. The world’s best hard enduro riders met in the deciding stage of the World Championships, in the center of the “Badlands” area.

The two-day race began in downtown Calgary with an urban endocross prologue. Prologue started with the best weather and unfortunately ended prematurely due to rain. The track was 5 cm under water, making it impossible to negotiate obstacles.

On Sunday the weather was again on the side of the contestants. The main competition in Outliers is two and a half hours of hard enduro in the so-called “Badlands”. The rugged region is known for countless dinosaur discoveries. In addition, it is also ideal for hosting a tough enduro race on a world-class level. Steep climbs, difficult side drives and dangerous jumps characterize the race track.

There was no need to worry about stress. Canadian Tristan Hart, who has been strong in recent races and even won the Tennessee knockout, was desperate to get that home win. Manuel Letenbichler and Mario Roman naturally objected, as they were only one point apart in the overall standings and therefore could not afford to award a single point. 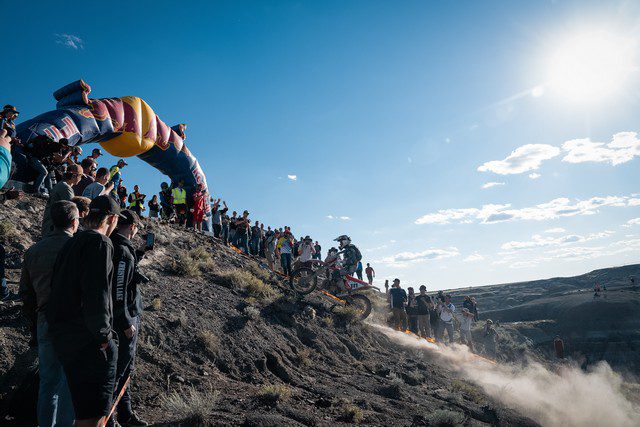 Hart took the lead from the start and tried to open a gap. Letenbichler and Roman managed to quickly close this small gap. Then each of the 3 tried several times to take the lead and split, but was repeatedly caught by the 2 contestants. Shortly before the end, Letenbichler launched a decisive attack. Tristan Hart was always behind and Mario Roman had to let go. The final climb was crucial. Lettenbichler put everything on one card and won.

Despite missing out on the home win, Tristan Hart was satisfied with the result of the race. Mario Roman completed the podium just three minutes earlier in the third. After breaking the top three, Graham Jarvis of the Jarvis Racing Team was in fourth place with Teddy Blajuciak of the GasGas Factory in 5th place.
A lap before the finish, Lettenbichler now has the advantage. The German is four points clear of Roman with only the eighth and final round of the 2022 FIM Hard Enduro World Championship, 24MX Hixpania Hard Enduro from October 7th to 9th

Manuel Letenbichler (KTM): “I’m so exhausted but incredibly excited to win here. It was such an epic fight. The race was so intense, we were back and forth the whole time. Tristan really wanted it And he didn’t give up, but I didn’t give up either. And I made it to the win. It’s a pretty good result for the championship as well. I’m going with a lap to go now and in second place today Mario and I had some extra points with Tristan as well.

READ  What you need to know about COVID-19 in Ottawa on Monday, Sept. 7

Tristan Hart (KTM): “Man, that was a crazy race. Mani, Mario and I just started. It was a whole race fight. I swapped places with Mani and then it kept going back and forth . Every time I thought I was going to rest, I made a mistake and vice versa. It was a tough two-and-a-half hour race.” 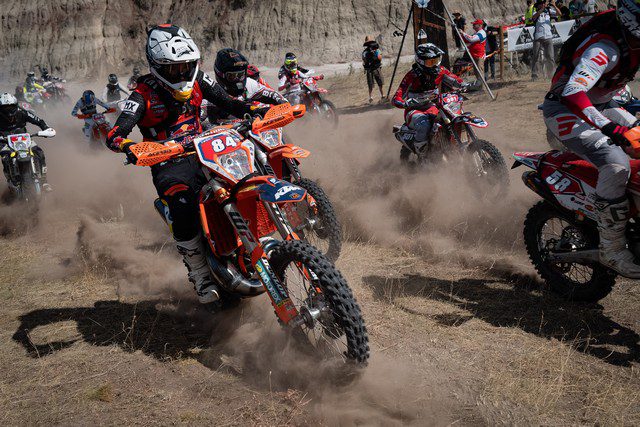 Championship Standings (after 7 rounds out of 8) 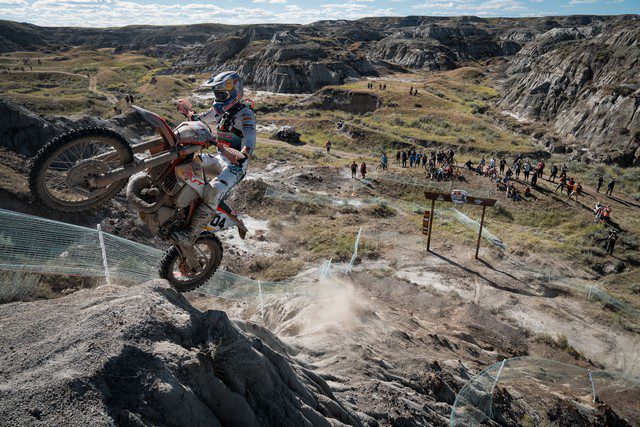