When Craig Federighi begins speaking about the new software features of the upcoming update as part of the WWDC keynote, some functions naturally get out of the way. For example, iOS 16 shows that although Apple makes hardly any visual changes to the user interface, it does make several small adaptations to existing features. Many of these innovations will become known only in the days and weeks following the presentation. after our last to count The list of new features has already grown significantly.


Weather app provides more information
For iOS 15, Apple drilled down to the Weather app just fine, but the app won’t stand still with the upcoming major release: Almost all elements reveal more details at the touch of a finger. User can expect accurate diagram of temperature profile, hourly forecast for wind, precipitation probability, humidity and much more in 10-day forecast. There are also some small design improvements to the map view for different weather conditions. Of course, the precise breakdown of the individual parameters doesn’t stop at the new Weather app for iPadOS 16 and macOS Ventura. 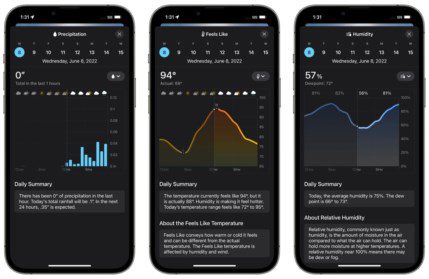 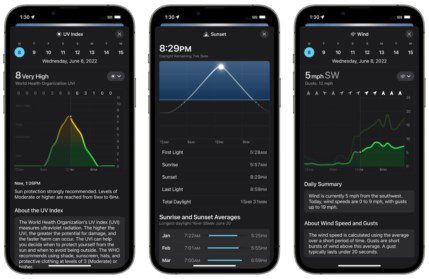 iOS 16 with improved Game Center, eSim transfer and push-to-talk functionality
The Game Center dashboard has received a major visual overhaul, and games and success stories from friends and acquaintances can be tracked in the Contacts app as well. Multiplayer games also support SharePlay, although Apple will add this function later.

For the first time, eSIM can be transferred from one iPhone to another via Bluetooth. There are a few requirements to watch out for: iOS 16 must be installed on both devices and the network operator must support the function.

A new API called “Push to Talk” is reminiscent of the Apple Watch: audio messages are broadcast in real time, iOS 16 also shows app icons and the person looking for a conversation. Reactions are also possible in real time, with developers also providing functions for groups.

More iMessage improvements, Books app improvements
Editing of photos can be transferred to other images with all set parameters. FaceTime calls get a somewhat transparent user interface and iMessage group name suggestions get a contact picture: the latter is especially useful when multiple participants have the same first name. Speaking of iMessage, the GUI for voice messages is completely new. A new view in Control Center shows which apps have recently requested access to the microphone, camera, or similar. The user interface is more visible when playing videos: 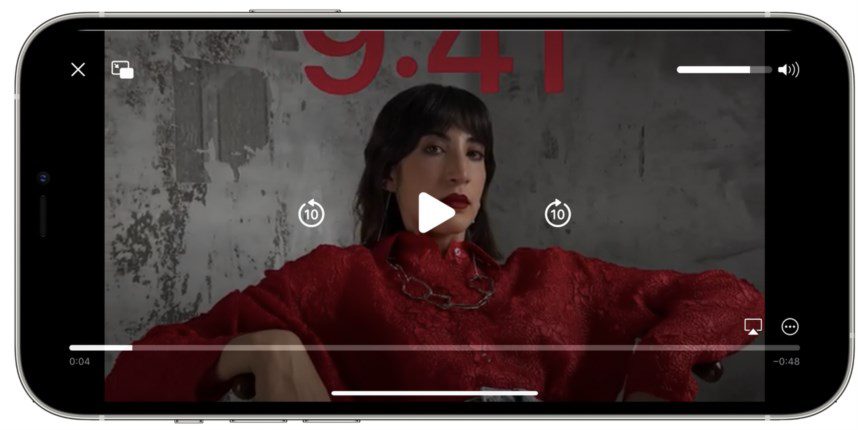 The Books application has many more configuration options, turning pages borrowed from skeuomorphism paves the way for a new animation. The translation of text captured by the camera now works even more smoothly. There are six new poses and 17 new and updated hairstyles available for Memojis.

many practical small innovations
Already known WiFi networks can be easily and conveniently managed from iOS 16 and iCloud section in Settings more clearly divided into several sections. The new AirPods icons replace the generic AirPlay icon on the Control Center and lock screen.

If the iPhone is about to overheat and stops charging, it notifies the user with a new notification. The context menu, which allows, among other things, to copy texts, has been slightly changed – and adapted to dark mode. The Contacts widget gets blue dots as an indicator of unread messages and Quick Notes, known from Mac and iPad, is now on board on the iPhone as well. The Activities app known from the Apple Watch has landed on the iPhone for the first time – albeit in a somewhat slimmer form.