(Motorsport-Total.com) – A few days ago in Azerbaijan, now already in Canada: Due to the tight schedule in the 2022 Formula 1 season, there are not many updates for the racing cars in the race in Montreal. But: some teams still have new parts.

For example, Mercedes has extensively modified its W13 and continues to work to reduce what is known as bouncing or porpoising. But that’s not all: the silver arrowhead shows the other parts that are supposed to make the car faster overall.

At Ferrari, Canada the focus is on increasing the aerodynamic efficiency of the F1-75. To do this, the team redesigned the upper elements of the rear wing (title image above) and the beam wing, with the aim of reducing drag without sacrificing downforce.

McLaren also uses a modified rear wing. However, this is not a Canada-specific solution, but rather a wing base that should be used in other races later in the season.

In Friday’s practice, the MCL36 was equipped with the appropriate new parts—and with bright yellow Flo-Vis paint, which can make airflow visible. In this way, the connection between the wind tunnel and the race track can be checked. 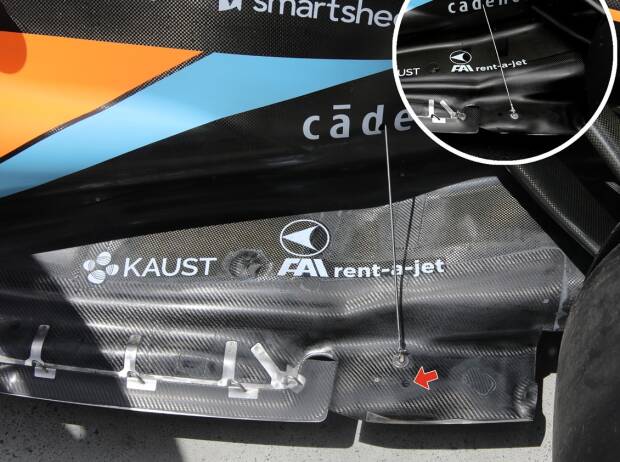 Since Miami, McLaren has used metal underbody supports to make the underbody more stable. Here too, there have been some changes in Canada: the support is now placed further on the underbody, so other forces are acting on this strut than before.

It’s also interesting how much metalwork is done in the outer area of ​​the underbody. With this, McLaren tries to give enough stability to the underbody so that the car behaves more predictably overall. 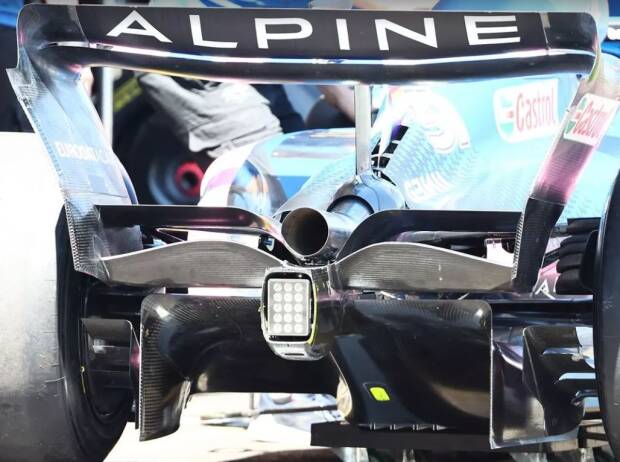 The picture clearly shows: the beam wing elements are set sharply, matching the rear wing above. This setup is reminiscent of the solution that Red Bull has been using since the start of the season.

Aston Martin has slightly modified its rear wing on the AMR22. The top element is new. Its purpose is to give the vehicle more contact pressure without providing more air resistance. 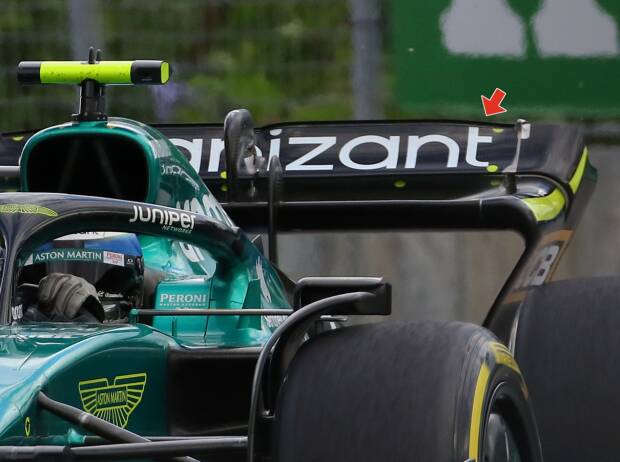 The special thing is that the element with the upper wing falls slightly outwards. In addition, Aston Martin also uses a Gurney edge on its Canada rear wing for additional downforce.

The Red Bull, AlphaTauri, Williams and Alfa Romeo teams have indicated that they do not wish to use any new aerodynamic components in Montreal. As is well known, racing teams have had to submit their updates to the International Automobile Federation (FIA) in writing since 2022, summarizing what the changes are and what purpose they serve.

You can find more technical details photos in our Formula 1 Picture Gallery and in our Technology photo series for Canadian Grand Prix,

Written By
Alec Woods
More from Alec Woods
A Mimico neighbourhood is rallying to preserve a cottage-style home dating back...
Read More