On nearly all models of Retina MacBook Pros manufactured between 2012 and 2015, the anti-reflective coating will wear off over time. I myself often tested the described repair method.

Incidentally, I had the opportunity to try the method described in several guides. This allows the remnants of the old layer to be removed with a cleaning agent. There are also suggestions for the right cleaning agents. In Germany, some of Lidl’s W5 products are recommended. 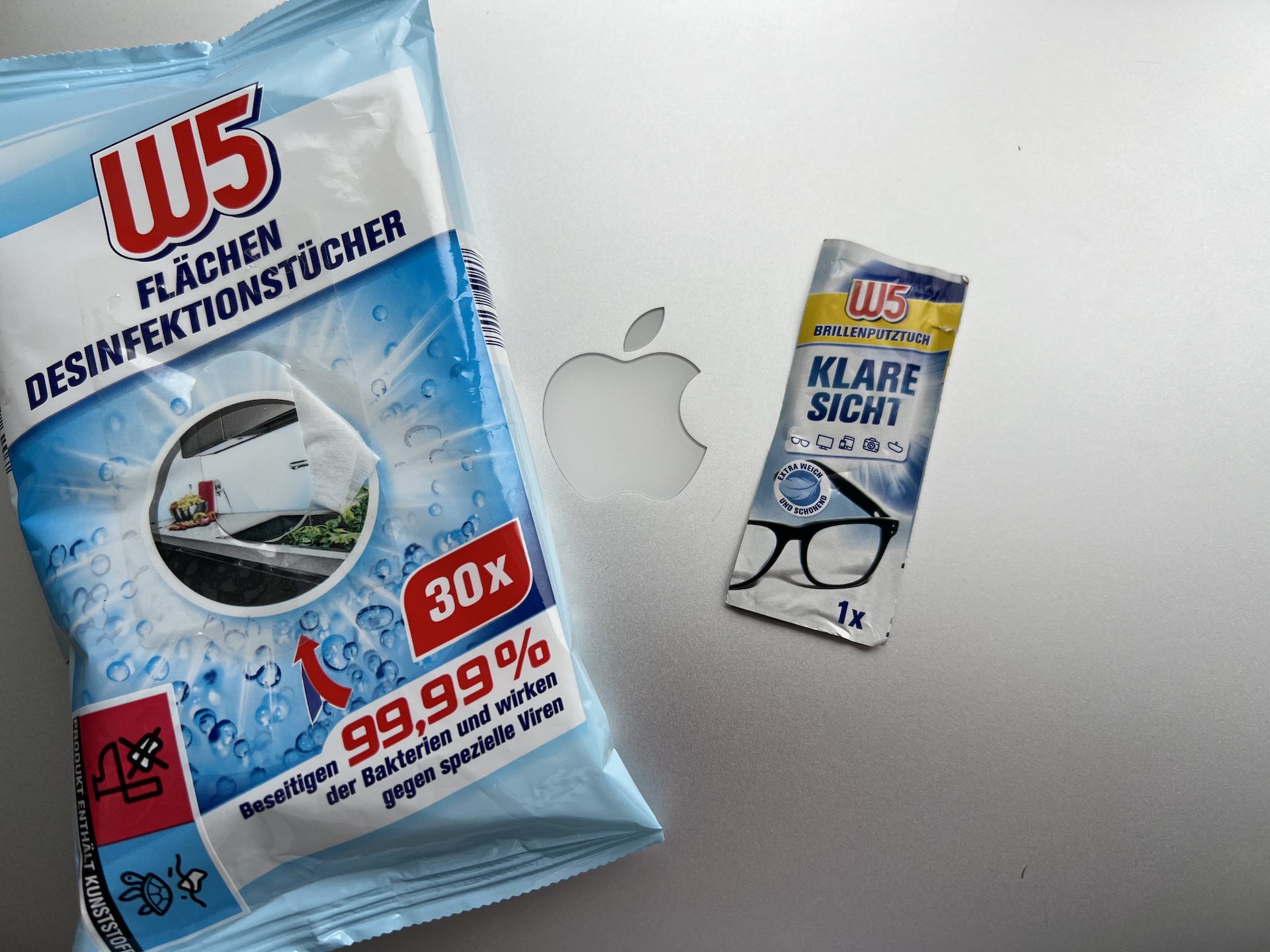 The MacBook Pro I tested the repair on is a 15″ MacBook Pro from 2015. Due to its many uses on film sets and related transportation, the anti-reflective coating has become particularly strong in the area where the keyboard presses on the display. 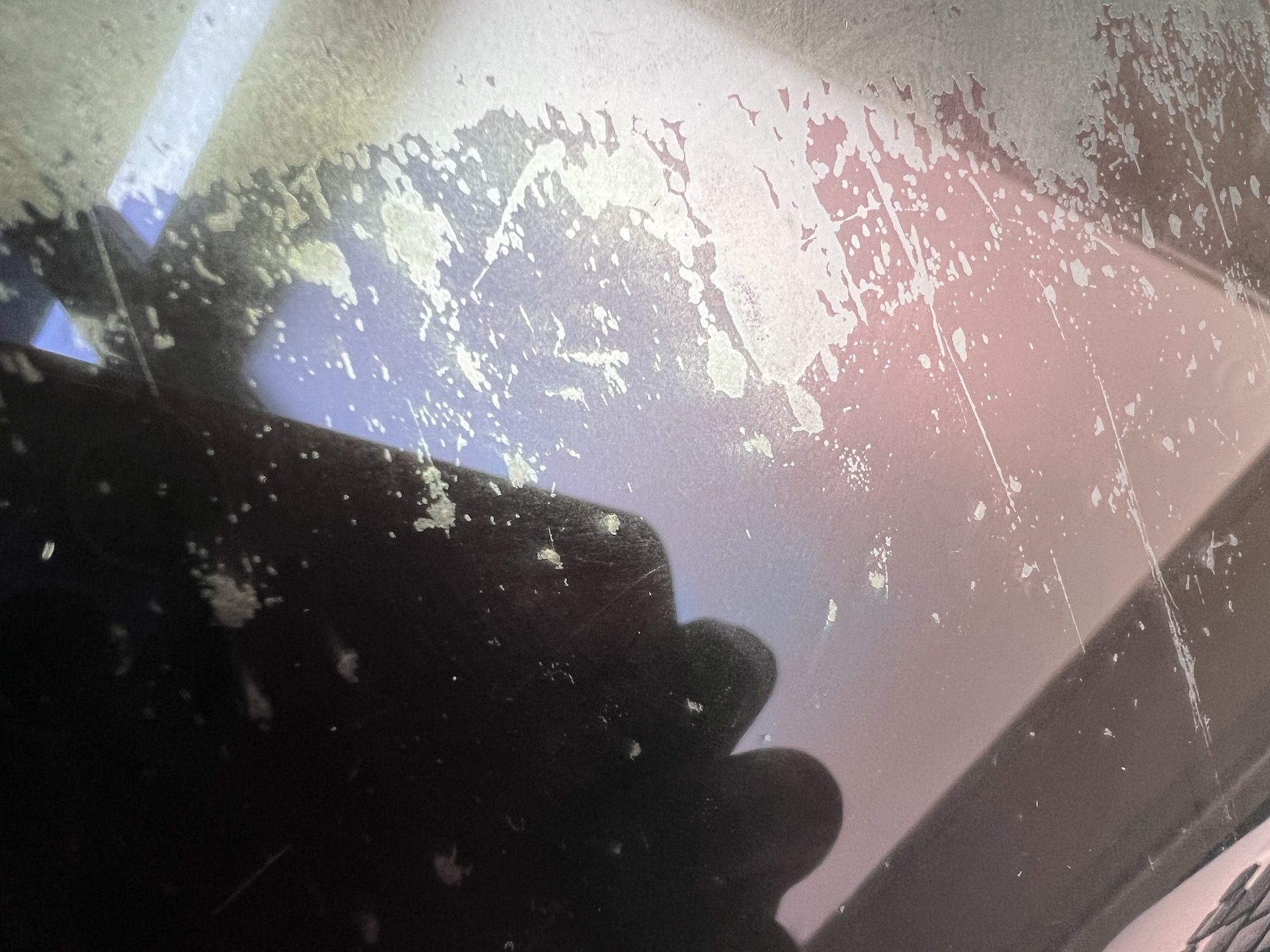 Anti-reflection coating peels off in places subject to mechanical stress

On the first picture you can see that I have already started in the upper part. That’s because that’s when I realized that this repair might be of interest to blog readers as well. After some effort and careful effort, initially only on the sides of the display, I slowly removed the coating. A variant that first uses a coarse disinfectant cloth and then polishes with a glasses-cleaning cloth has turned out to be good. In places where the anti-reflective coating is already “wounded”, it goes away very quickly. 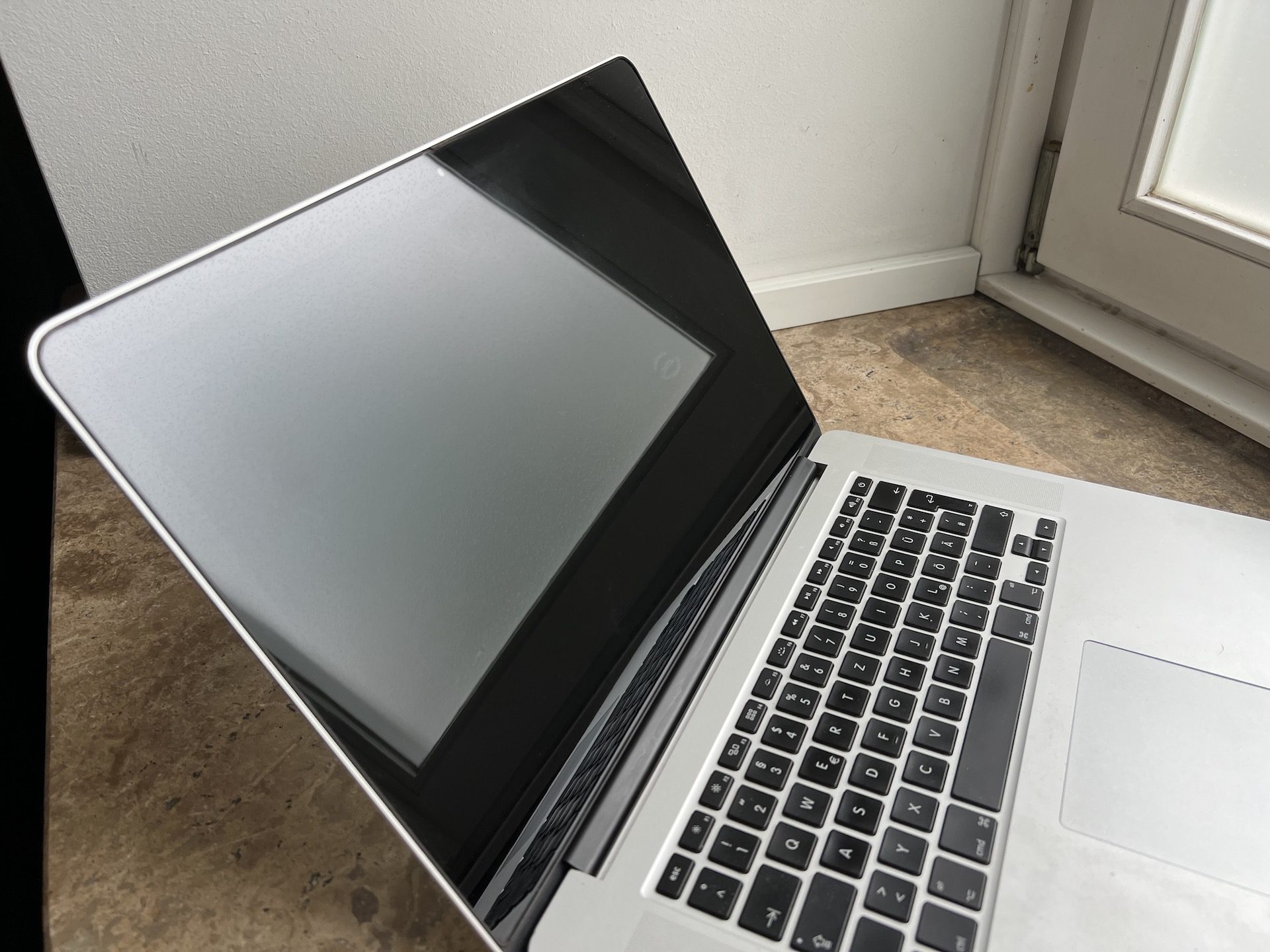 In intact areas it was a long process. In my opinion the result is good. Of course, the display might have got some subtle scratches from cleaning cloths, but against the background of what it looked like before, it’s now completely usable again. Replacing the display was not an option in my case and would not be worth it in most cases. In conclusion, I would like to say that I have no idea whether this solution will permanently damage the display. So I cannot guarantee a successful repair.